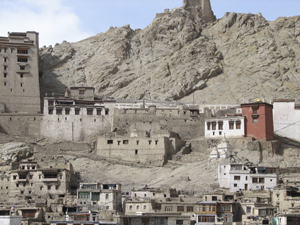 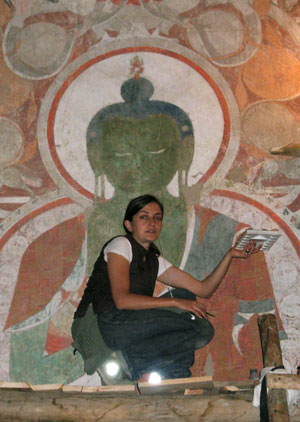 The Red Maitreya temple (Byams pa dmar po) was built by king Tragspa Bumde (r. ca. 1400-1440). During the Dogra invasion of the 1840s it was damaged but restored soon after.

In the late 1950s, because of water damage to the north wall, the Ladakh Buddhist association rebuilt the main hall to smaller scale, leaving only the original north and west walls standing to form an outer corridor around a new and smaller Maitreya hall (around what is believed to be the original 15th century three-storey clay Maitreya image). The wall-paintings were painted over with white-wash at the time. The distinct red tower of the Maitreya temple and the white assembly hall building can be seen on the picture above right. 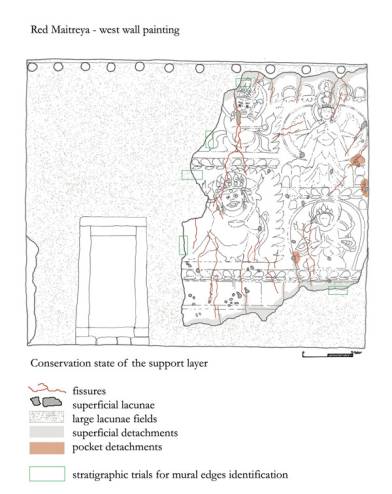 In late 2005, while surveying the building for some minor roof repair, project manager André Alexander rediscovered the 15th century wall-paintings underneath the white-wash. Together with Romanian restorer Anca Nicolaescu and students from the conservation department of the Technical University of Erfurt, the wall-paintings were successfully recovered and stabilized. THF and Erfurt have now formalized their cooperation with an MOU, and Erfurt will regularly supply students and equipment. 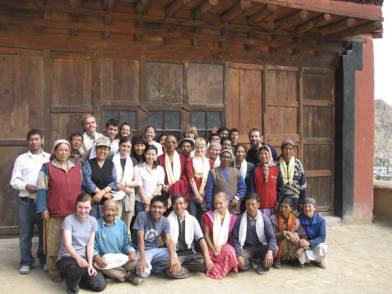 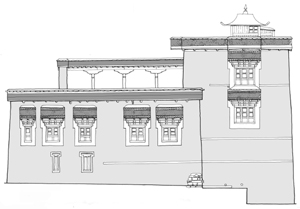 of the Red Maitreya temple's wall-paintings

. In 2008, Anca Nicolaescu completed the final presentation of the main images in the north-west corner. A small exhbition about the work is under preparation. 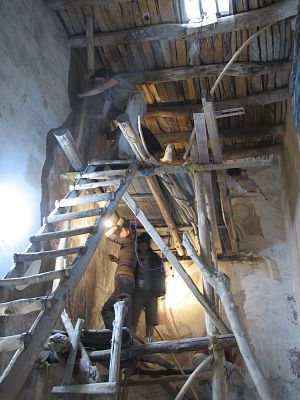 Four restoration students from Germany, one from Belgium and two from Ladakh worked with the professional Romanian restorer on scaffolding with three levels to uncover the 15th century murals. 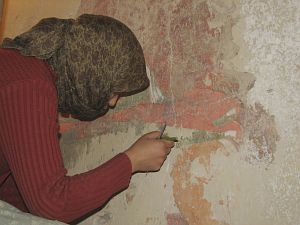 Ladakhi trainee Yangchen Dolma in her second year has learnt how to remove the thick, clay-based layer of white-wash without damaging the paintings. 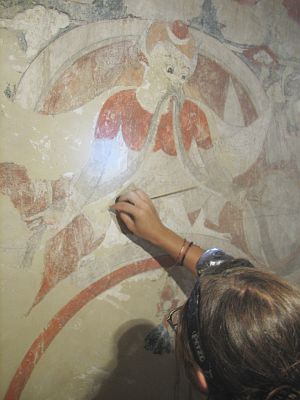 Belgian student Sonia Cabela cleans detail of a Garuda image that forms the uppermost detail of the traditional painted throneback decoration of a large Buddha image.

The work on the roof and on the wall-paintings was complimented by a restoration and reguilding of the three-storey tall clay Maitreya image sponsored by Mr. Ngawang Rigzin from Ladakh and executed by local artisans. 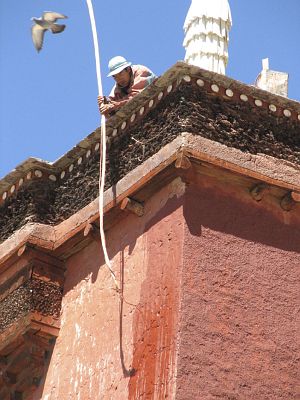 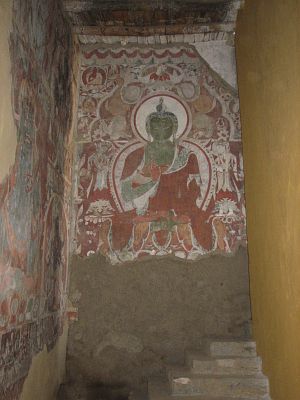 The recovered wall-paintings showing Mahakala and a dark-blue 11-faced Avalokiteshvara (left) and a large Buddha image with entourage (right).


Detail of recovered 15th century wall-painting on the north wall of the Red Maitreya temple: face of a Bodhisattva flanking the central Buddha image. 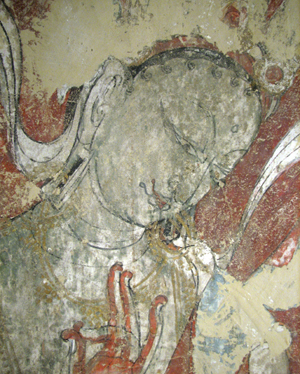 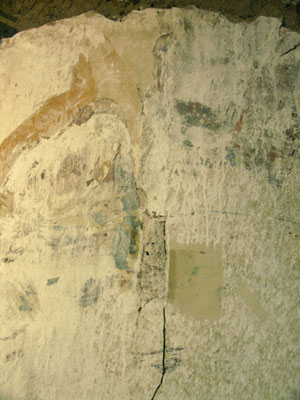 Mahakala image after cleaning, stabilization and filling of cracks 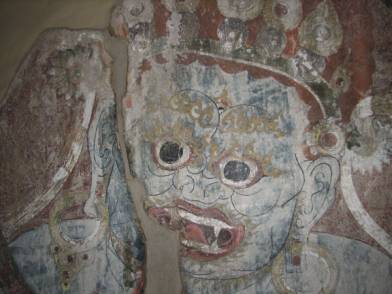 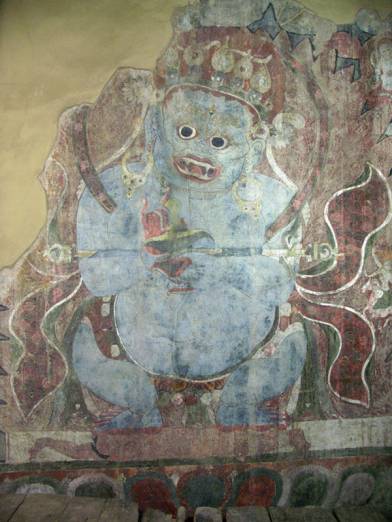