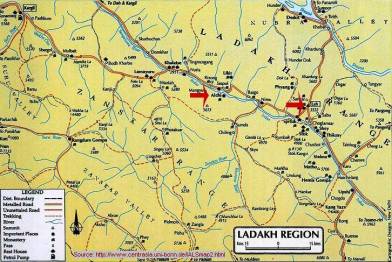 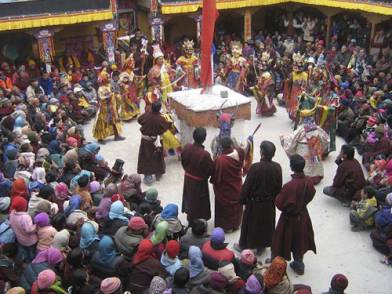 Ladakh is an ancient Tibetan kingdom, founded by the descendents of the last Tibetan king, Langdarma. In the mid-19th century it became part of Indian Kashmir. Having been for centuries an important crossroads of trans-Asian trade, Ladakh’s unique cultural heritage is a blend between Tibetan culture, indigenous traditions and influence from the ancient Buddhist regions of Kashmir and Central Asia. When the people of Ladakh’s neighbouring regions of Kashmir, Baltistan, Kargil and Afghanistan converted from Buddhism to Islam, relations with Tibet remained an important source of cultural inspiration for the Ladakhi Buddhists (for example, many Ladakhi monks went to Central Tibet for Buddhist studies). The political developments of the mid-20th century put an end to both trade and cultural exchange. All roads to Tibet were closed, and India and China engaged in a still unresolved border dispute. The partition between India and Pakistan put an end to trade and even personal contacts between regions to the north and west, effectively locking Ladakh into isolation and bringing its economy to a standstill. Ladakh’s society, culture and economy stagnated. 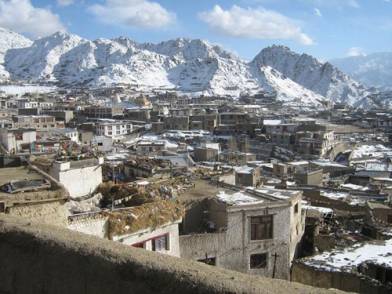 In the mid-1960s, the Indian army built the first-ever road accessing Ladakh, and eventually regular flight links between Leh (the capital) and Delhi were established. To secure India's borders, roads were built across Ladakh and the army became in important source of development funds and jobs. The semi-autonomy status granted to Ladakh in the 1990s, and the advent of tourism especially since 2001 (after the the Siachen conflict, a brief border war between Pakistan and India over an uninhabitable glacier) provided further relief to Ladakh’s economy. Yet the changes wrought by the advent of roads, television, electricity and mass-tourism provided opportunities mainly to families with land holdings or capital, and further threatened the cohesion of an ancient Buddhist society surrounded by some of the world’s most long-standing military conflicts. 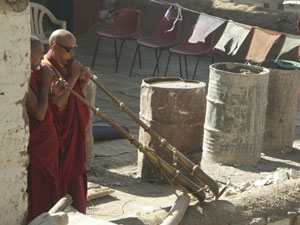 THF has been working in Ladakh since 2003, mainly on the Leh Old Town Conservation Project and the Alchi Tsatsapuri Project. THF is working closely with local institutions, community groups and the local autonomy government, the Ladakh Autonomous Hill Development Council (LAHDC). THF has also helped to set up a local NGO, the Leh Old Town Initiative (L.O.T.I.), so that the Ladakh projects can eventually be handed over to local management.