Gonpa Soma was built in 1840 by Lama Tashi Tenpel above the old royal stables. Since a new monastery was built on main bazaar in the late 1950s, Gonpa Soma lost importance and patronage and fell into disrepair. The owner, Hemis monastery, requested THF for help to restore the building, with funding provided by Ladakh government, Hemis, private donations and THF (thanks to Schweizer Tibethilfe, Trace Foundation and Embassy of Finland).

In the first phase of the project, the structurally damaged south-west corner of the foundations had to be restored. The outer wall of the gallery was partly rebuilt, as the timber frame required excessive replacement. The floor level was lowered to its original level by removing excess soil that had accumulated. In the second phase, we restored the timber frame gallery of the interior gallery. Finally, the courtyard, where the traditional dances and monastic ceremonies take place, was paved with slate stone. 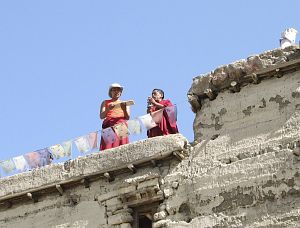 Monks perform puja for start of the restoration work. 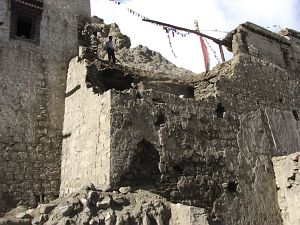 The badly dilapidated south-western corner of the Chamra courtyard needed to be partly taken down. 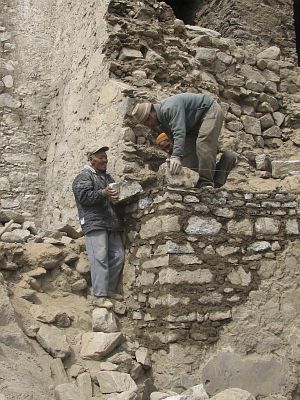 Reconstruction of the corner by three masons in progress. 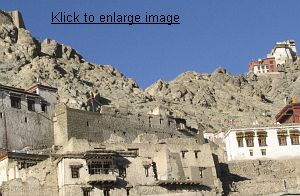 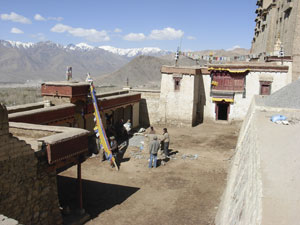 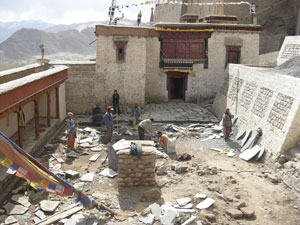 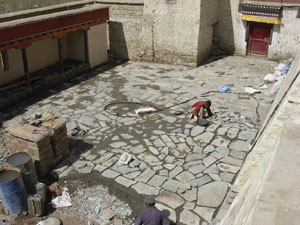 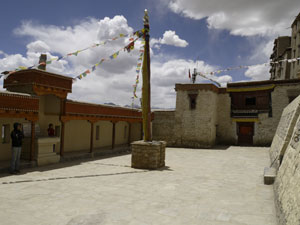