This mid-20th century house is located in THF's Stagopilog model conservation street. It is being rehabilitated with 50% co-financing by the owner, the descendent of a family that migrated into Ladakh from Yarkand in China over 100 years ago. Because the house was built taller than the nearby Stupa gate, people believe a curse befell the family and the house was abandoned. It was rehabilitated minus the top floor. 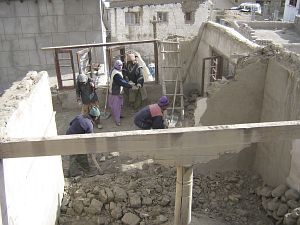 Reconstruction of the collapsed third floor (the fourth will not be rebuild so the house is not taller than the stupa gate). 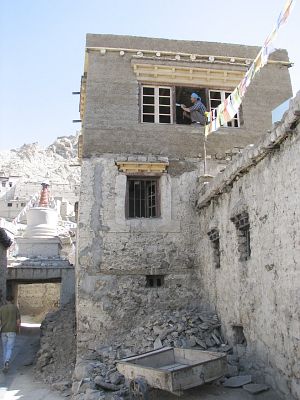 Carpenter Tsering Dorje working on the windows of the reconstructed thrid floor - view of the south elevation next to the Stagopilog Stupa gate. 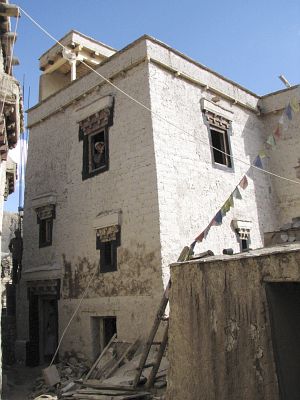 North elevation with entrance shortly before completion of the work September 18 2006. 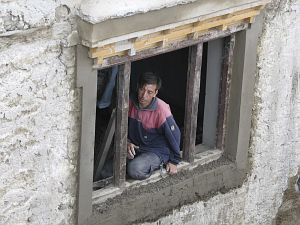