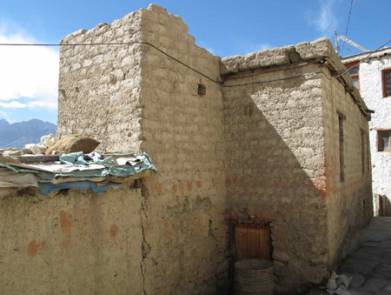 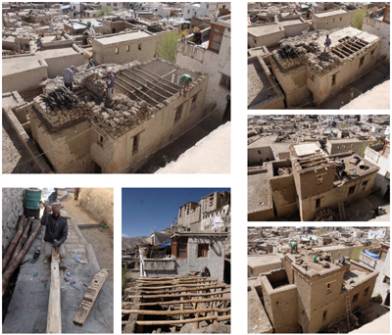 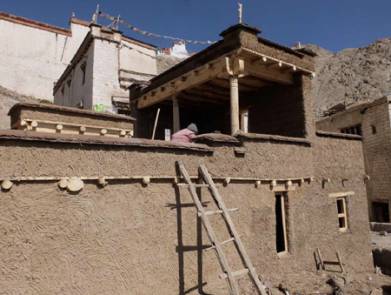 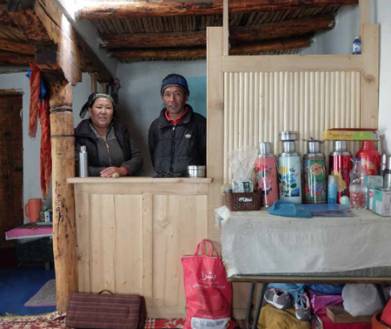 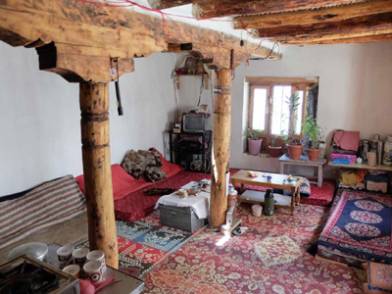 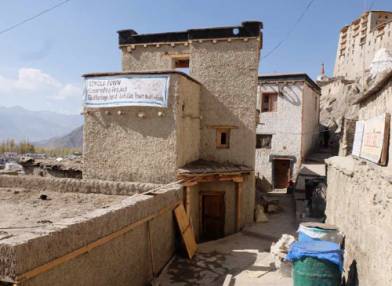 Gotal Murup is a small house located at the Stalam area. The house belongs to Mr. Murup, a family member the Gotal clan, and the house was built during his father’s time. The house is very small and modest but charming.

The building condition was fair and most of the structural parts were recyclable, however it was necessary to repair the roof. We open the roof by removing the roofing soil and the rafters. Most of the rafters were washed and reused. Meanwhile, minor wall damage was repaired and the structural deformation adjusted. To maximize the space, we rearranged the staircase. In the compost toilet room we made a small bathroom.

A final plaster was applied to the entire wall and the floor of the entrance hall, kitchen and the bathroom were paved with slate stone. The restoration work was finalized with the application of linseed oil to the wooden elements and the whitewashing of the exterior walls. Gotal Murup house restoration work was completed.