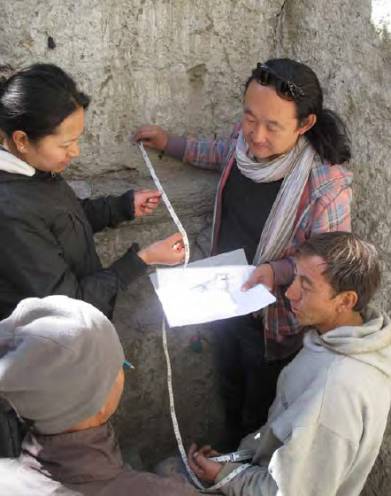 Lhaba Yangchen’s is a small house located in the Stalam street. Mrs Yangchen and her husband came from a Lhaba (oracle) family. One of the grandparents bought the house and since then the family became residents of the old town.

This house shares walls with four neighbouring houses, because of that there are no windows looking to the outside. Rooms are placed in an L-shape around the small courtyard and the windows opened to the courtyard side.

Additionally, there is no toilet in the house creating great inconvenience to the family. Mrs Yangchen asked THF/LOTI help to repair and improve the house.

In 2014, THF/LOTI conducted the building survey, planning and detailed cost estimate. Following the plan, actual restoration work started. The artisans started by removing soil from the roof and the wooden ceiling structure to release the weight. 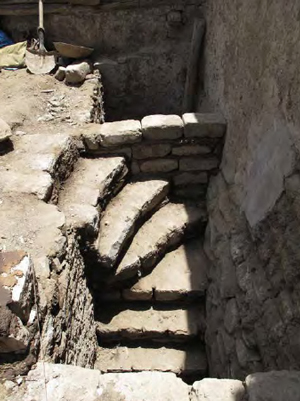 Walls were carefully dismantled where it was necessary to repair from the ground floor level. One of the big challenges was to build a new compost toilet within the limited space of the courtyard.

We rearranged the staircase and created the space for a compost toilet pit. Broken door frames were replaced during the repair of the walls.

The masons then laid the ceiling structure and covered the floor. Restoration work continued on the first floor. The masons built the adobe wall and re-fixed the original doors and windows.

In the living-kitchen room we removed the partition wall built decades ago by the family, so creating a larger single room. 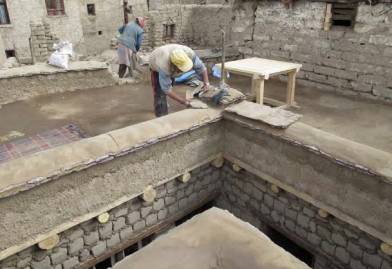 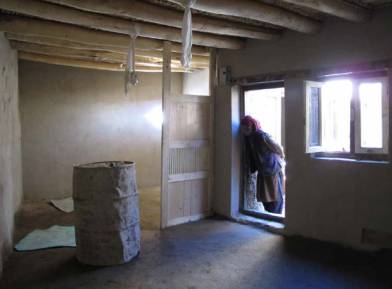 On the narrow sole facade of the house where the entrance door is located, a small window was replaced by a larger one and a skylight built to improve the natural light in the room. The second room was also repaired as a bedroom.

Interior walls were plastered with traditional clay finishing Gobri and the electricity wires were buried in the wall. Restoration work was finalized by applying linseed oil to the wooden parts and white washing the exterior wall.

The restoration project was successfully completed and Lhaba Yangchen’s family moved back to their home.

Project co-financed by Prince Claus Fund and the house owner.