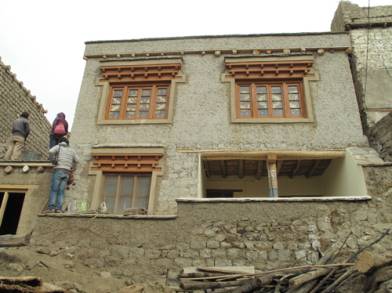 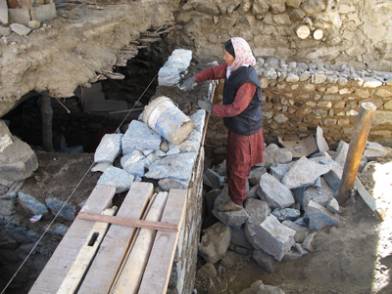 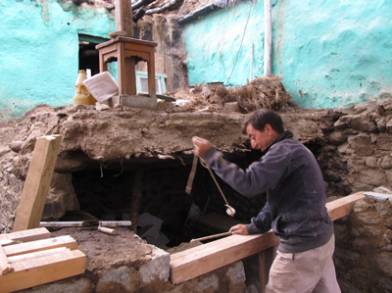 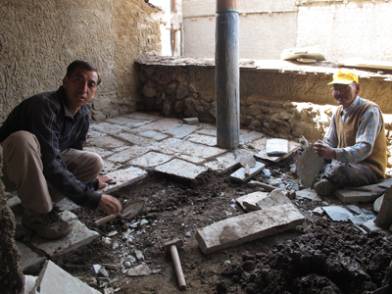 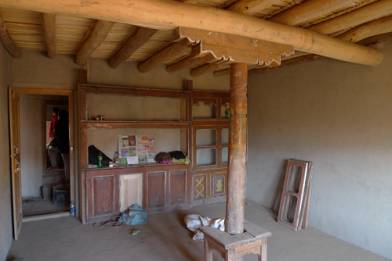 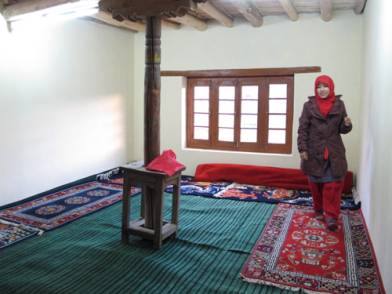 The Lhaba house is the former residence of an oracle in the old town. It was abandoned for decades until a Ladakhi family bought the property.

The new owner requested to THF/LOTI help with the restoration work, since most of the building needed to be reconstructed. Together with the owner, we made a restoration plan and rearranged the space.

The work began with clearing debris, collecting salvageable materials, and building foundation walls. We raised the ceiling height of the ground floor, which was once used for cattle, to improve habitability. Most of the ground floor construction was completed in 2012.

In 2013 we continued to restore the Lhaba house. In this year the mason continued to build the 1st floor level. The repair was implemented section by section, starting with the collapsed portion of the house. Once the wall on the collapsed section was completed, the craftsman team began their work on the second half.

Many of the original old timbers were reused in the structure; furthermore the Lhaba family provided recycled windows and doors from elsewhere to be used in the repair. For the interior works, the carpenters constructed wooden stairs, railings, skylights and a staircase to the rooftop, while the masons worked on the roofing and wall plastering of the house.

After the renovation work, the family whitewashed the house and installed the electrical wiring, and they were happy to move back into their home.

Project co-financed by BMZ, L.E.D and the house owner.