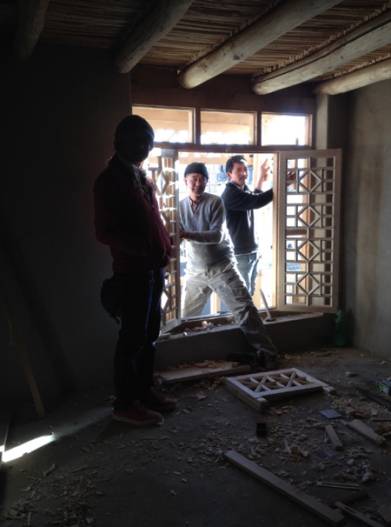 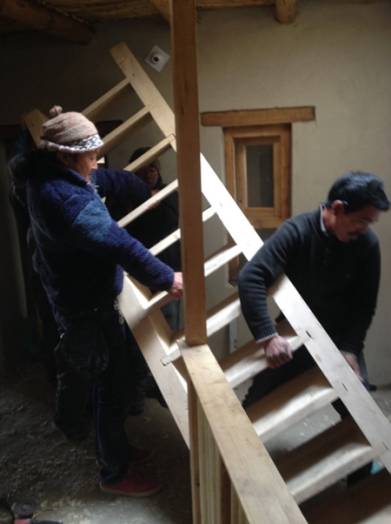 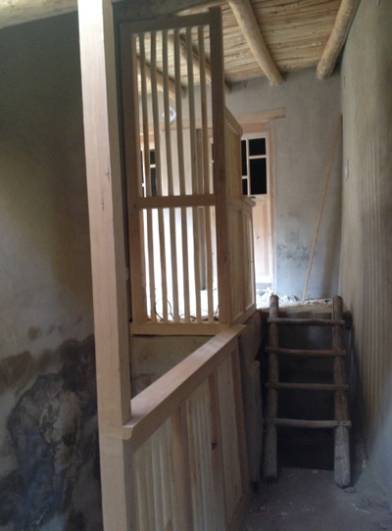 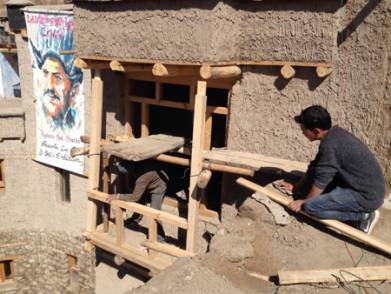 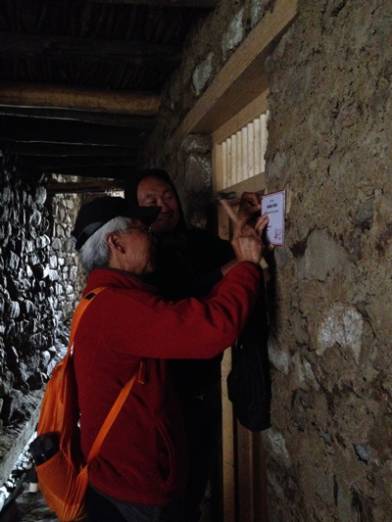 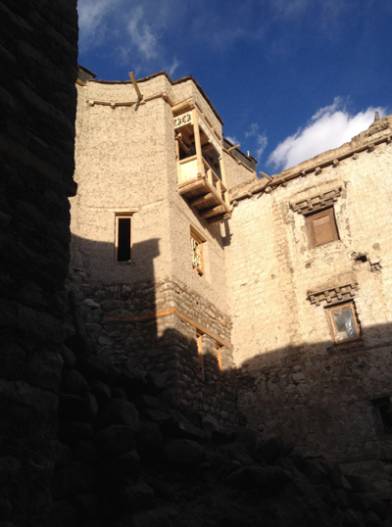 Kalmak house is a small charming house, which shares one wall with Onpo house.

Because of the ongoing restoration of the Onpo house it was a good timing to repair the three floors high shared wall between the two houses.

The building was severely damaged, requiring an extensive intervention. In order to reinforce the foundation we had to dismantle the building and re-construct the house. Furthermore, we increased the ceiling height and installed new windows, providing adequate space for a living room.

In 2018, the works continued with the restoration/building of the upper part, following the original structure studied from a 100-year old photo of the house, provided by the owner family. Traditionally the rooms were small and with low ceilings because people traditionally sit on the floors, and it was easier to warm and maintain small rooms at a comfortable temperature during the harsh and long winters.

Although we did not change the building layout, we made several improvements. We raised the ceiling height on every floor, which was only about five feet previously. We created two kitchen spaces in the house, improved the staircase, installed sky-lights, and a new designed bathroom space next to the dry compost toilet.

Furthermore, we made a Rapsel window (the traditional balcony window) on the top floor, as shown in the old photo, and improved the open terrace at the backside of the house. We installed electricity system and also completed the necessary plumbing work.

Kalmak house was thus rehabilitated to modern standards, while preserving the features of Ladakhi vernacular architecture. The house was handed over to the owner family who was very happy to have their ancestor house restored and upgraded.

Kalmak family expressed thanks to the sponsor and to our team for making this project possible.