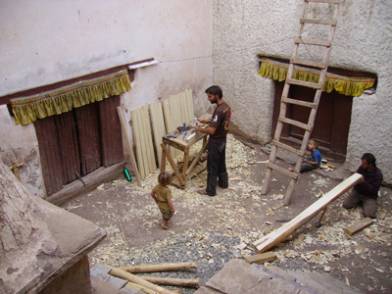 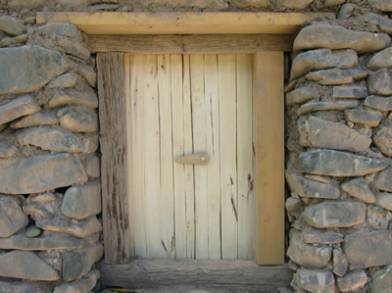 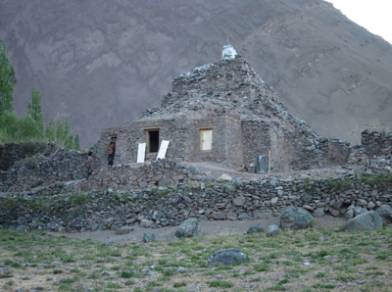 Kumbum stupa is in Alchi Shangrong Village, between the Tsatsapuri and Lotsawa temples, in the midst of farming fields. The stupa was badly damaged, and only the ground floor and a small part of the first floor remained. In 2011, we documented the stupa in collaboration with German archeologist Mrs. Stella Bickelmann.

Based on the study, we built a drainage canal to divert water and prevent further erosion. The eastern wall of the central chamber was found to be heavily damaged, and was rebuilt with stone, using the same materials and dimensions as the western chamber. Wooden doors were made and fitted according to existing dimensions, traditional techniques and materials.