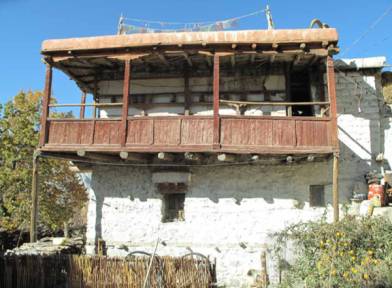 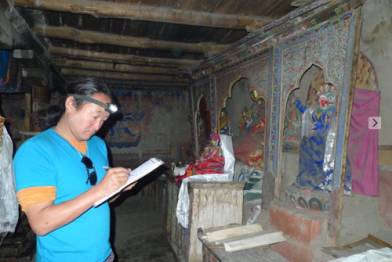 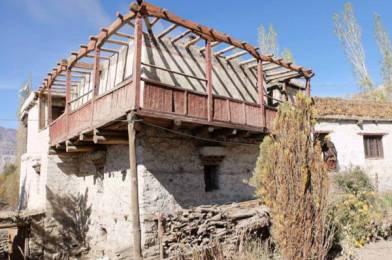 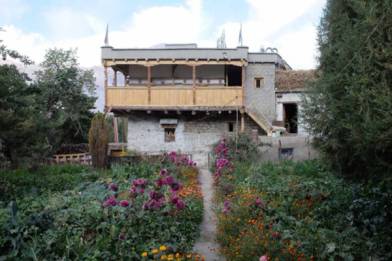 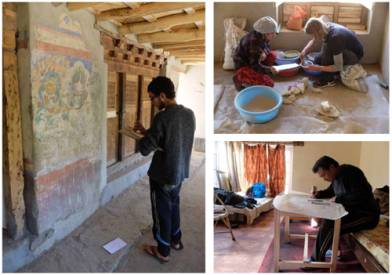 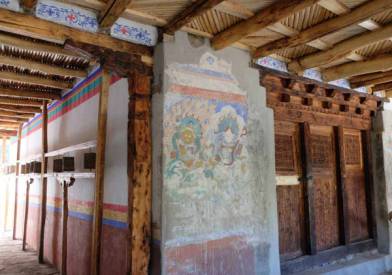 The Summur Lharjé shrine is the temple of the Lharjé family in Summur, a hereditary lineage of medical practitioners who have served the community for generations. The Lharjé, also known as Amchi (traditional Tibetan medical doctor) not only work treating the patients but also collecting the natural herbs and preparing medicine.

This shrine is dedicated to Sanggyé Menla (the "Medicine Buddha"), and contains their library of medical texts, which are necessary for the treatment practice.

Mr. Rigzin Lharjé-pa, the current Amchi of the Summur community requested THF/LOTI help with the restoration of the shrine building.

In 2015, THF/LOTI team started the restoration project. The condition of the building was poor especially the walls and the roof which needed extensive repair work. The walls had large cracks, which were critical to the structure as a whole.

The masons worked on repairing the stone walls on the ground floor and first floor. We completed the structural repairs of two floors in 2015.

Most of the rafters were replaced and the taloo twigs part of the ceiling construction were renewed. A few damaged pillars and beams were replaced, and so was a wooden railing in the gallery. Subsequently, the roof was covered and the parapets were made. The mason plastered the interior walls, the gallery and corridor.

After the completion of the interior work, we fixed back the shrine altar and prayer wheel around the gallery. The work was finalized with whitewashing the walls, the application of linseed oil to the wooden elements, and painting the parapet with red oxidized colour. Also the decorative frieze and Rigsum Gonpo deities along the gallery wall were painted.

The original wall painting besides the entrance door of the shrine was consolidated, cleaned and retouched by wall painting conservators.

After completed the project Lharjé’s Amchi moved the statues, scriptures and relics back in the shrine.