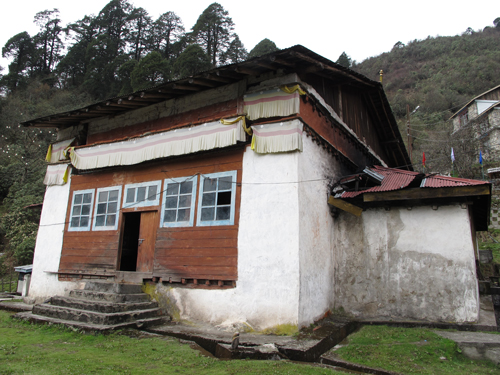 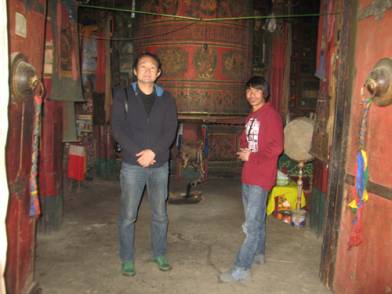 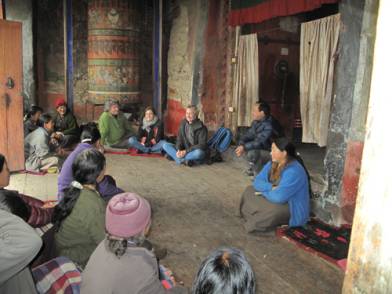 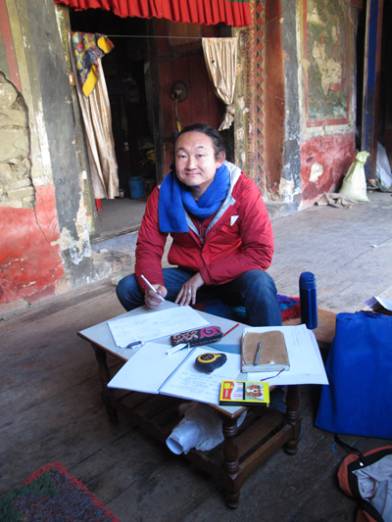 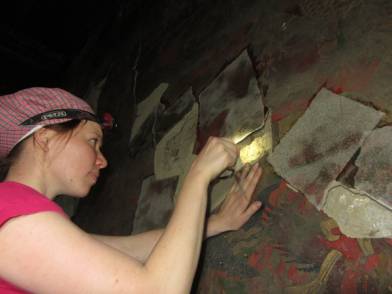 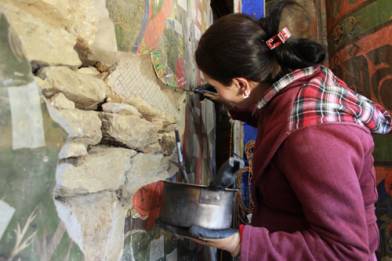 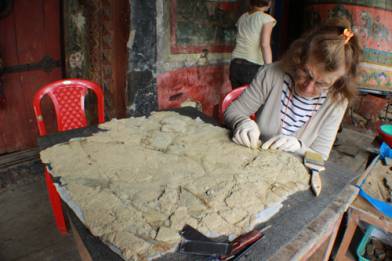 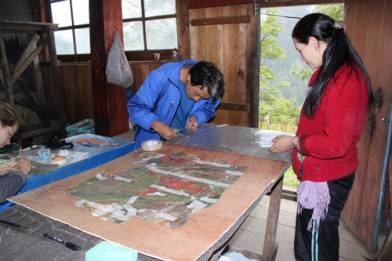 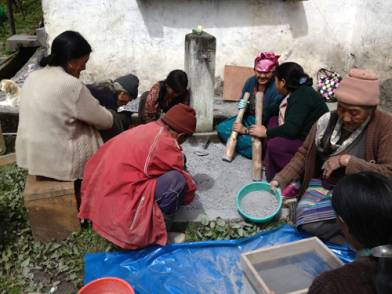 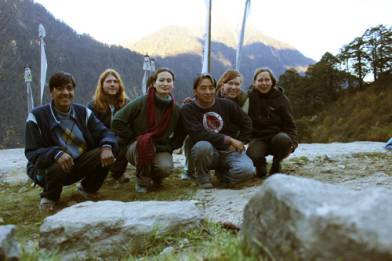 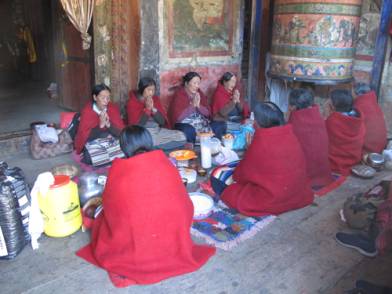 Lachen Mani Lhakhang is located in the north district of Sikkim, and is a temple that was founded by a Tibetan lama in the 1880s.

It was damaged in the earthquake in September 2011, with especially serious cracks in the stone walls that caused 30% of the wall paintings to fall off. The timber frame structure was in good condition and needed only minor adjustment.

The village community and the Lachen Rinpoche requested THF to help them restore Mani Lhakhang. THF came up with a brief restoration plan, and the ideas were approved by the community.

The THF team began by working on a detailed plan and on the list of materials to be prepared. THF also mapped the wall painting and collected the fallen fragments to be stored in baskets.

The 1st phase of project was the consolidation of the wall painting. The project started with identifying the local clay quality, and those were tested to find the best mixture which would be used for the consolidation work.

First, every edge of the paintings and cracks were filled with clay mortar. Later, Japanese papers were used for temporary support meanwhile clay grout was injected in the detached paint layer.

Also bamboo supports were developed to apply pressure to the wall during the drying process of the clay grout. After the consolidation of the detached wall, those reassembled painting fragments were placed back in their original positions.

In the part of the wall which was affected by mould, we treated it appropriately. Also we tested removal of the old varnish coat and cleaning of the painting surface.

The first phase of the project was successfully completed.