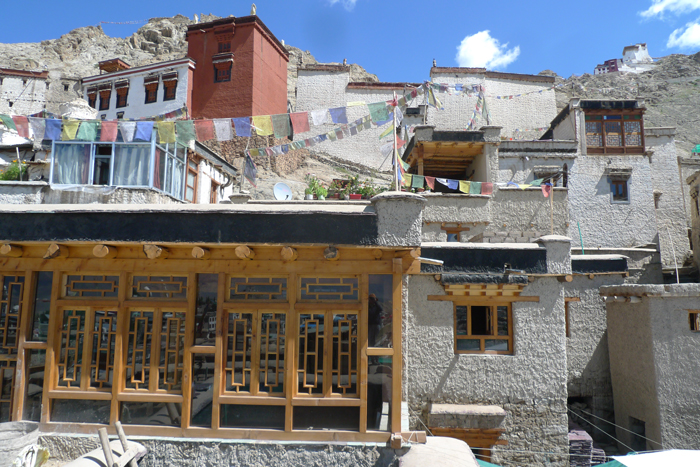 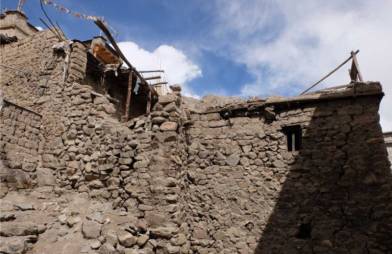 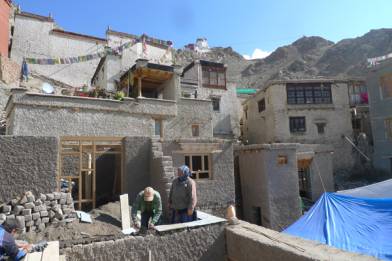 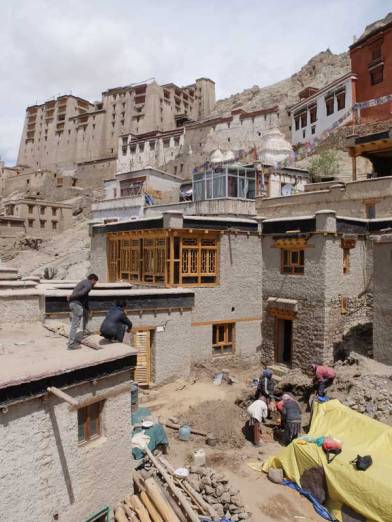 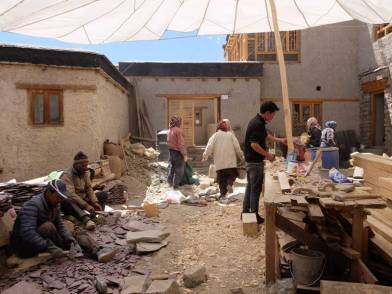 Gotal Rigzin house is on the north side of the Gotal house complex, which is divided into three parts around an open courtyard. Each house is owned by a different member of the Gotal clan.
THF restored the main house in 2008 and hoped to restore all three, but in 2015 one of the owners demolished her house. The Gotal Rigzin house remained in a very dilapidated condition, but retains its traditional clay stove and small balcony, and thus some of its original charm.

We negotiated with Mr. Rigzin, the current owner of the house, to use Gotal Rigzin as the base for our Artisans, Artists and Architects House, a centre to preserve, sustain and develop local craftsmanship and building techniques.

In 2018, after Yutaka Hirako designed the restoration plan, we started to rehabilitate the house with new space arrangements. Mr. Rigzin contributed some of the timber for the project, and we cut some trees from his field.

Since the house was in poor condition, we dismantled the building elements and selected what we could recycle. We repaired weakened and broken walls and raised the ceiling height. We improved the condition of the ground floor in particular, which was used as a stable and shed. Several new windows and sky-lights were installed for better light and ventilation.

The rooms were enlarged by removing the partition walls, to create space for artisanal work. We created a new glazed room adjoining the summer kitchen, and also repaired the clay stove. This space will be a handloom workshop and a display room where we can promote AAAH products. Most of the construction work for Gotal Rigzin house was completed in 2018.

In April 2019, we started work on the interior, paved the courtyard and completed repair of external walls, as well as plumbing for the two bathrooms and kitchen. We produced mud bricks made of wood shavings and mud to build lightweight structures that protect the water tanks on the roof and blend into the old town landscape.

We also plastered the roof with a special layer of soil to make it waterproof. In the inner and outer courtyard, we paved the floor with slate, repaired the stone wall of the courtyard facing the the street and built a gate.

Project supported by ACHR / CAN from Thailand, THF’s NY friends and house owner. 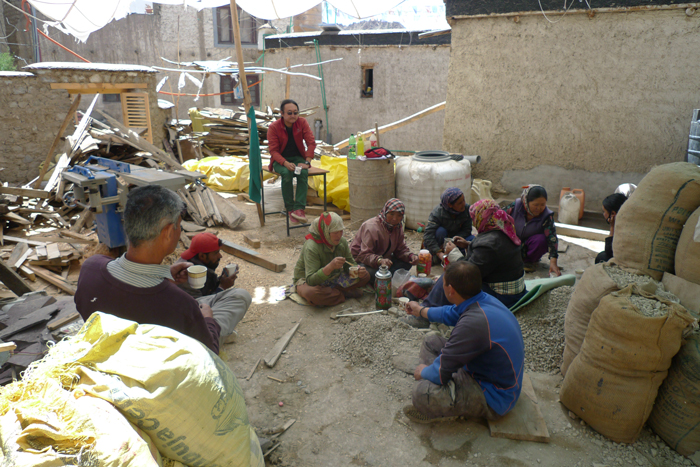 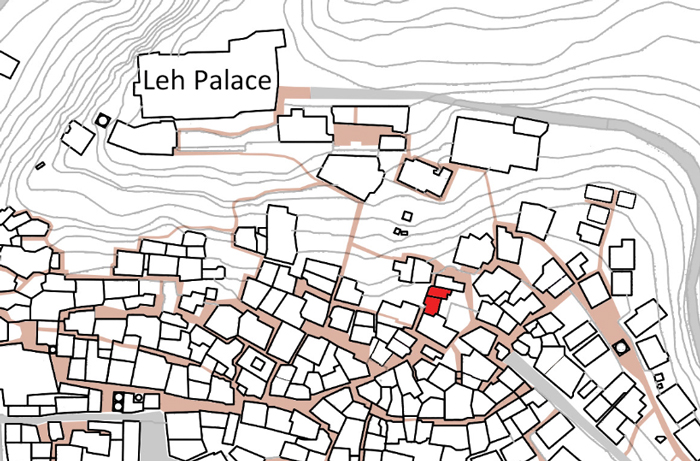