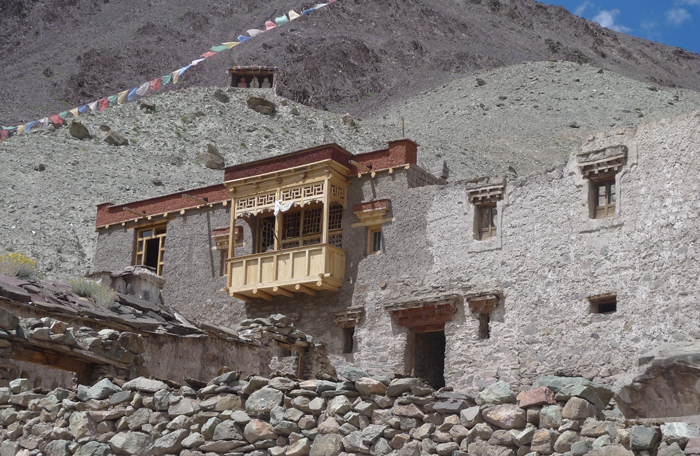 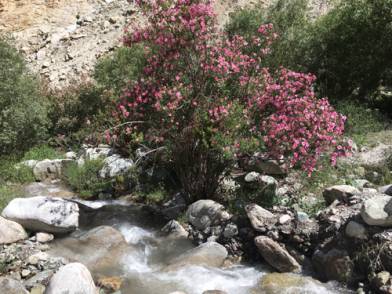 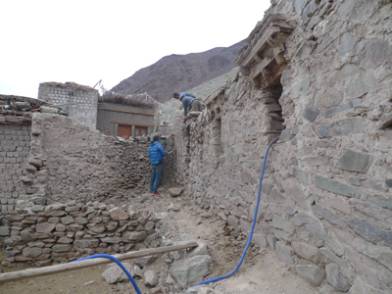 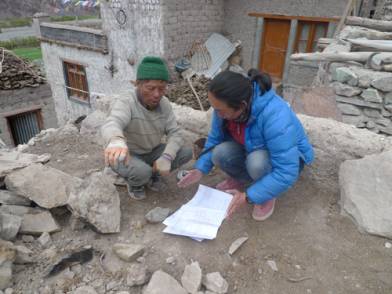 In 2018, THF was approached by Mr. Rinchen, the head of the Tiri Cho Clan, to come to visit his ancestral home in Tiri. Together with Mr. Rinchen, we visited the site. After leaving the main road, we went onto a newly-opened unpaved road up the hills in zigzag for 9 km to Tiri Cho.

The village is located at 4300 meters of altitude, at that time with no electricity, phone or internet connection. According to the villagers, even in high summer the weather can change and get cold.

The house was composed of two floors. On the ground floor, there was the old kitchen that was also used as the living space, and the stable for animals. The upper floor, which was added later, was fitted with rooms and chapel. The condition of the house was poor, and the entire upper floor had no roof and even no walls in some areas. Only the rooms on the ground floor were used by the villagers to keep the hay and cattle.

Mr. Rinchen wanted to restore the house to his former glory and he was thinking to make part of the house into a museum with attached guest house.

He learn about THF/LOTI (Leh Old Town Initiative) conservation and rehabilitation projects in Ladakh and he invited us to implement the first phase of the project to rebuild the western side of the palace. Because of the importance of the Tiri Cho Clan as a direct branch of the Gya Clan in the early history of Ladakh, we decided to accept the invitation and launched the project.

It was not an easy project due to the remote location and the difficulties with communication and transportation.

The first phase of the project was successfully completed in 2019. Many people visited the restored palace after their visit to the famous holy stupa in the local temple in Tiri Cho. Its balcony has become a photo spot for the visitors and villagers.

This project was sponsored by Mr. Rinchen, the head of Tiri Cho Clan.