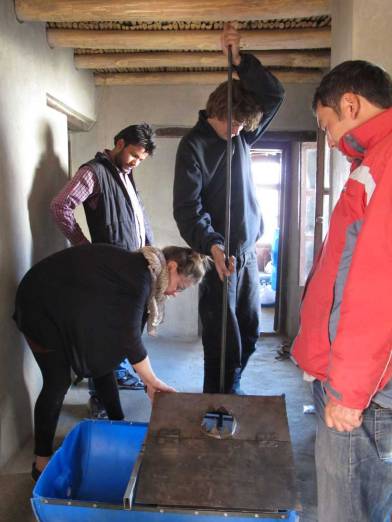 In addition to traditional dry compost toilets the Central Asian Museum Leh (CAML) wanted to provide water flush toilets for visitors. In 2014 and 2015 THF collaborated with the German water engineer Mr Ludwig Gloger in designing a new public toilet for the museum complex and the extension building. It consisted of an innovative system design to separate the liquid and the solid human waste through a sieve box in water flushing toilets. The liquid waste would be treated through a filter system, with six partitions filled with different sizes of gravel and sand before discharging into the stream, and the solid waste would be pulled out in to a compost pile and mixed with soil for a later use as organic fertilizer. A model of this system was built and tested. After we designed a two story building with five toilets in the museum extension building, three flush toilets were connected to the sieve box and filter system and two traditional dry compost toilets were built particularly for use in the winter season. 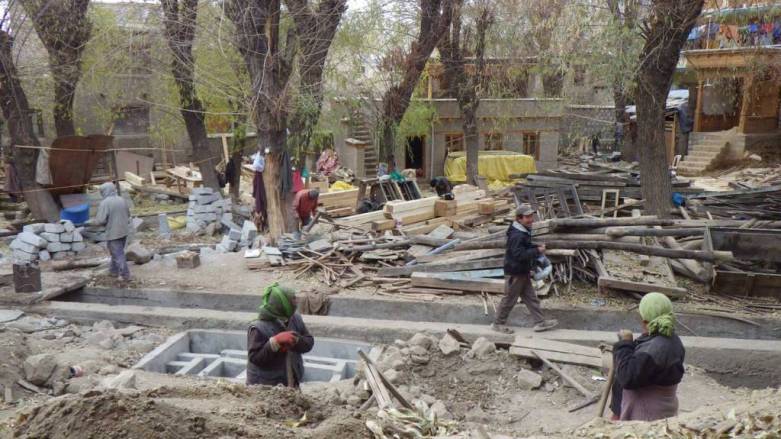