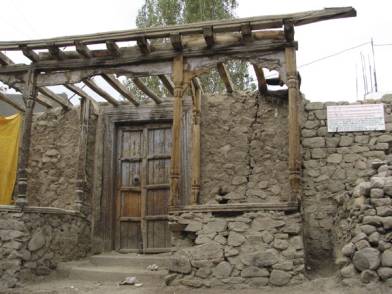 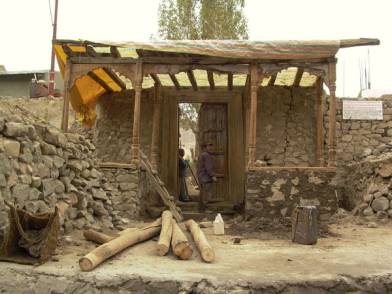 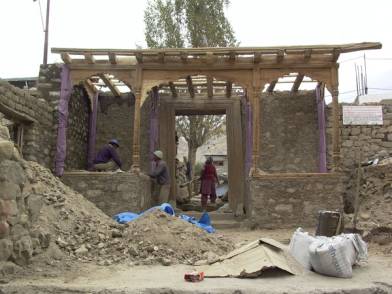 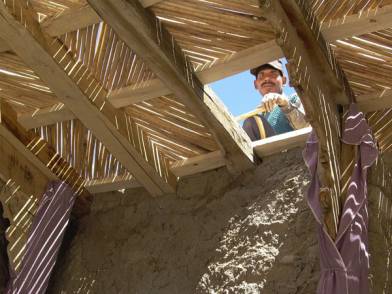 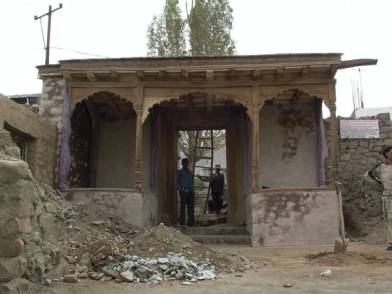 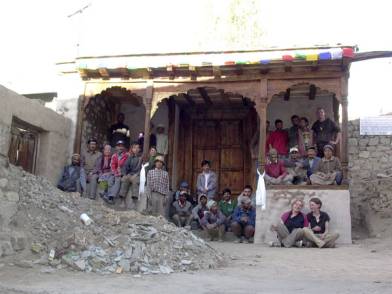 Soon after the conquest of the kingdom of Ladakh by the Dogra Maharaja of Jammu was completed in the 1840s, a new administrative system was created. As in most other Indian states, the position of local administrator bearing the title Tehsildar was created. The second Tehsildar Basti Ram Thanedar, who held the position from 1847 to ca. 1860, had a mansion for himself built in Leh that was named Basti Haveli. Today, only the gate of the mansion remains, a typical north Indian wooden gate with a portico and decorated with carvings. It stands on the Nowshar bazaar street. In 2007, the local area committee who owns the property, which now serves as local community meeting hall, requested THF/LOTI to help with adequate conservation of this historic gate. The local community was aware of its importance. THF was happy to oblige, having documented the gate already in 2005. Potsdam restoration students Katrin Krause and Maike Völkel planned and implemented the work together with the 2008 LOTI team. A report in German is available for download