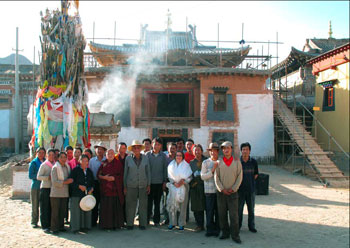 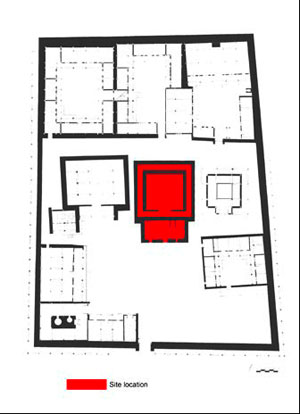 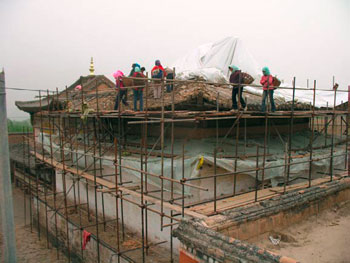 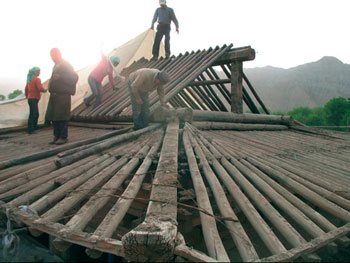 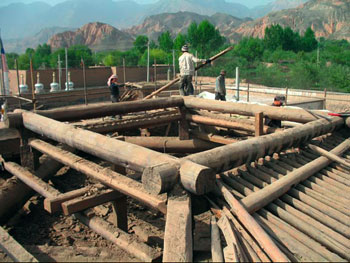 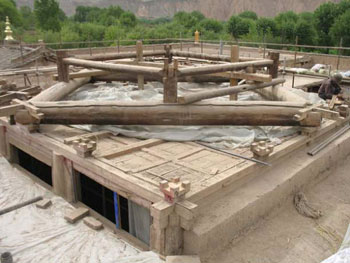 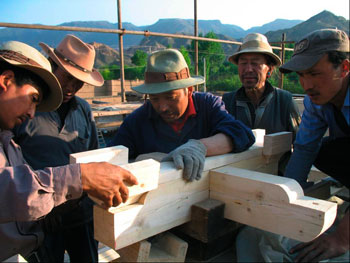 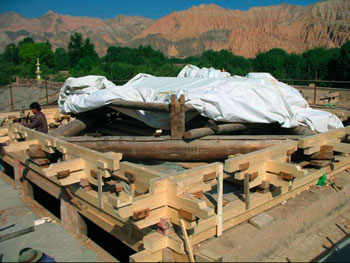 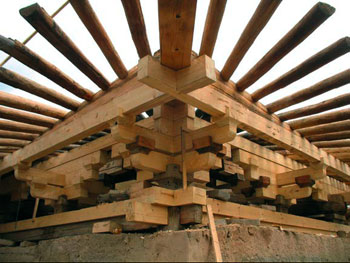 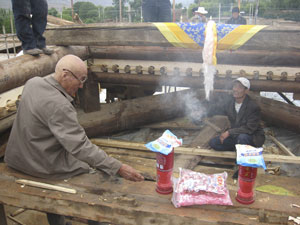 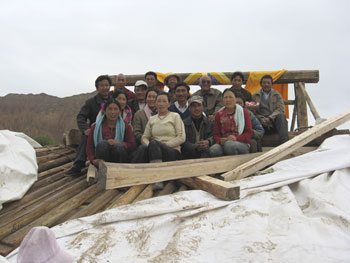 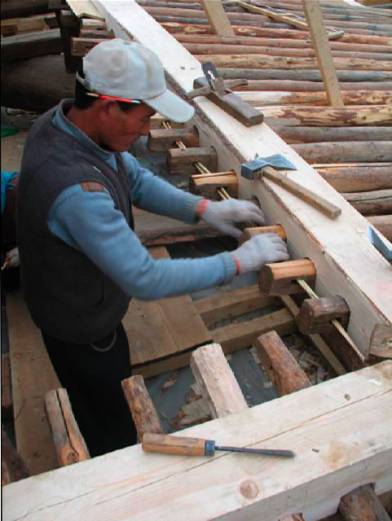 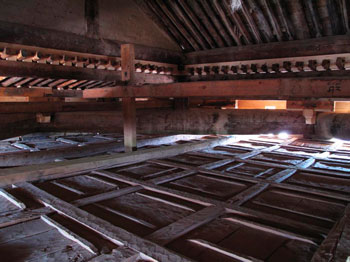 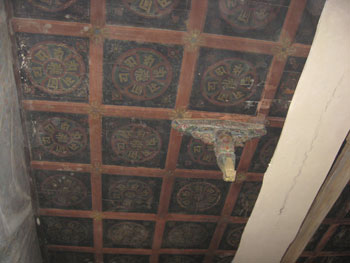 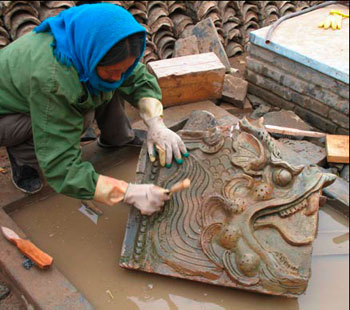 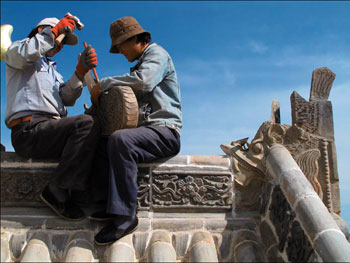 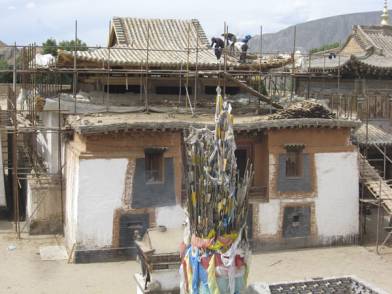 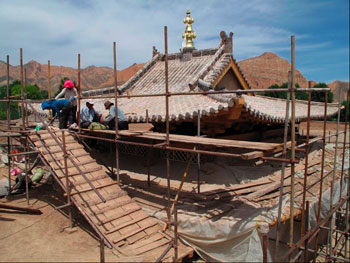 The 14th century Serkhang monastery is one of the oldest existing timber structure buildings in Qinghai, preserving important details of early Tibetan art and architecture. The monastery was founded between 1341-1349 by Tibetan Lama Chokyil Dundup Rinchen, who played an important role in the founding of the Gelukpa school of Tibetan Buddhism. The Gelukpa as established by Tsongkapa (1357-1419) in the early 15th century became the most influential school of Tibetan Buddhism. Dundup Rinchen was the religious teacher of Tsongkapa in Amdo. Serkhang monastery has an important role for the local community, people visit the monastery for their daily religious practice and prayer, and it is a vibrant center of the Nangra village.
The monastic complex consists of various types of building, prayer halls, shrines and monks’ residential quarters. These contain a rich variety of art and architectural details, like early wall-paintings, historic tiles and traditional timber elements.
At “Sangye Lhakhang”, the most important building of the monastery, we successfully completed restoration of the roof in this phase. This over 660 years old building was the most damaged structure prior to our intervention. The different parts were badly damaged and additionally the complicated structure elements were in very poor condition. It was a big challenge for our team to deal properly with this delicate problem and to replace the damaged timbers. Since the last phase, our architects and craftsman have studied and analyzed the site and planned the intervention: repairing the damages, improve stability and replacing elements. After the full effort of the team, THF completed restoration of the roof structure and re-tiled the roof. It was happy moment for team and also community to see a successful result of the work done.
Since THF has restored their prayer hall and shrines, the local community self-organized religious ornaments for their monastery. Five Buddhist statues and six Tanka canvas paintings were preparing by them. It is good to see their active participation for their monastery, people’s involvement brings a sense of responsibility for their monuments.
Proximally 80 % of the courtyard space has been paved with slate stone and fitted with proper rainwater drainage. This benefited all visitors to avoid muddy yard for their daily prayer and practice during rainy season. Also the paved courtyard is used as a public place for the community and monastery’s various activities. A flower garden was built and flowers planted by villagers, making it into a cozy public space enjoyed by the community.