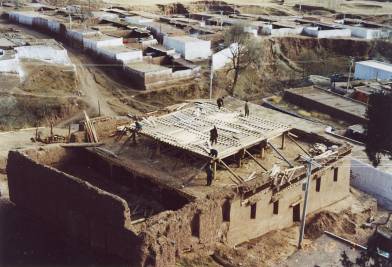 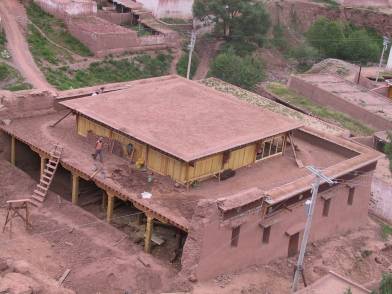 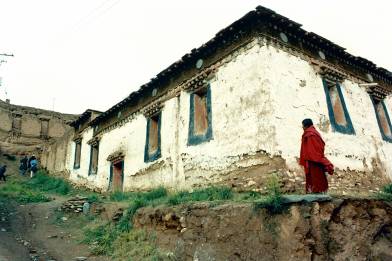 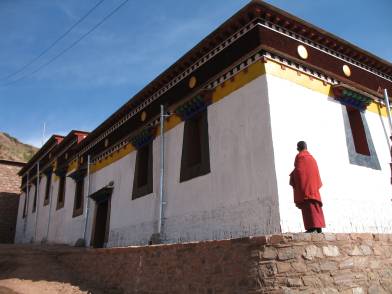 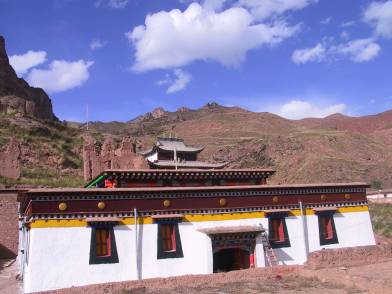 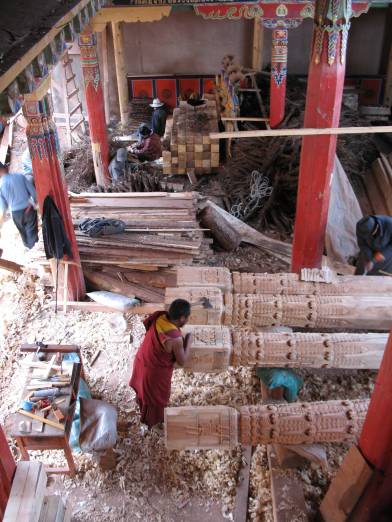 Work in progress: surviving timber frame members in reasonable condition were retained, in accordance with THF's working philosophy. Damaged elements had to be replaced, and the destroyed sanctum area required a new timber frame for reconstruction. 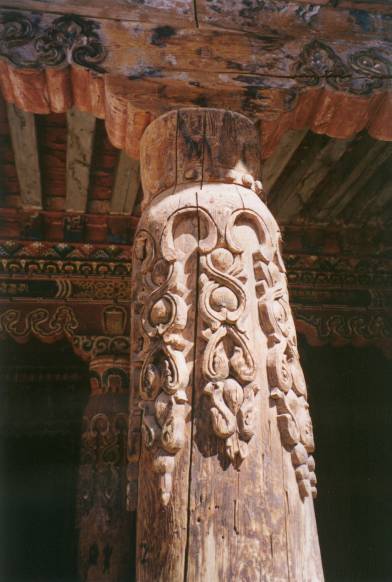 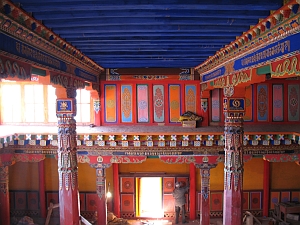 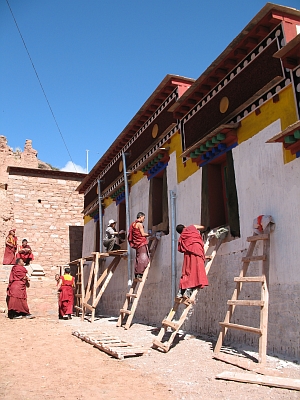 Untypically for a Tibetan monastery, the Ragya monks helped during the restoration. Traditionally, at least since the time of the Ganden Podrang government if not earlier, construction of temples in Tibet, and even painting, was done by highly qualified artisans organized in guilds. 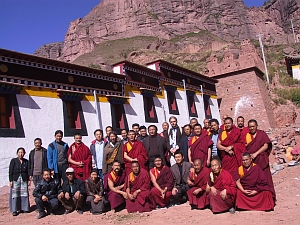 The monastic community, the THF team and our government partners celebrate the completion of the Ragya monastery cooperation project in front of the restored Jokhang hall, October 2006. 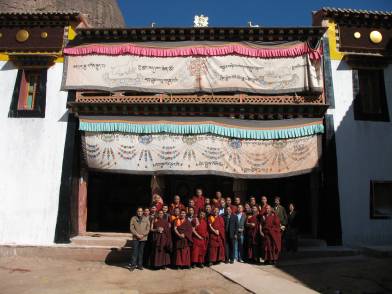 The monastic community, government officials and the THF team in front of the restored Gyupa Dratsang (Tantric College) buildings (completed in 2004, photo October 2006).