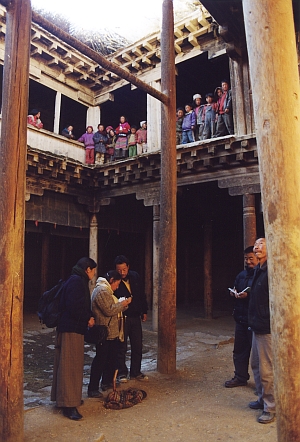 The greatest capital of areas belonging to the Tibetan cultural realm is human capital, and the greatest assets are the local customs and traditions (including religion), the natural environment, the unique vernacular architecture and the cultural monuments, particularly the Buddhist monasteries with their rich artistic and architectural heritage. However, many of these cultural monuments are still in a state of dilapidation, as the age-old system of patronage of these sites has collapsed since the 1950s. It is now quite common to see important historic monuments being replaced by modern buildings. In the many small towns of Qinghai, the historic urban structures disappear beneath a new road grid without a trace. Even the ancient monasteries are being rebuilt for tourists by big construction companies, using modern techniques and materials. As a result, these fake monuments completely lose any historical value, and the entire process leads to a diminished local identity, and to a loss of economic potential.

This problem is not easy to fix: there is a lack of proper knowledge and care about these things among some local authorities, and limited financial resources at the local community level. 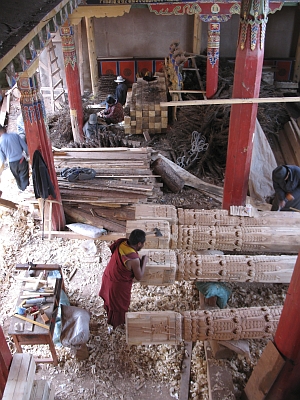 The Western Development policy has had a particular impact on many of these areas, mainly due to drastic improvements of the transportation network (i.e. new road links that dramatically shorten travel time and effort to the densely populated Chinese mainland). Local economies face fierce economic competition and need to adapt.

Taking aspects of the local material culture as base, THF expands on these assets and trains rural and disadvantaged populations to build on their past achievements, skills and traditions, and to adapt these to actively participate in the economic and social developments taking place around them.

Preservation of monuments has formed a basis around which vocational training and community-led planning activities have been conducted.