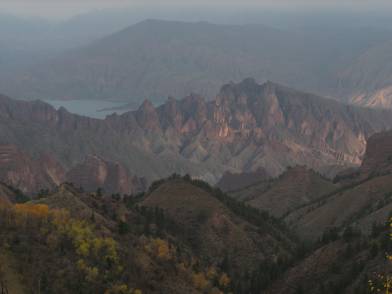 Achung Namdzong is situated in Malho TAP, Qinghai, one of three original dzongs in the mDo-smad area. It is characterised by extremely steep valleys.
Achung Namdzong is one of the most prominent sites in the history of Tibetan Buddhism. During the persecution of Buddhism under king Langdarma (ca. 836-841) the three last ordained Buddhist monks from Tibet fled to here, the famous Keba-Mi-sum. They stayed in three caves, meditating, until Langdarma fell and things calmed down in central Tibet. This place became known as Achung Namdzong. The three caves, from where Buddhism made a triumphant return to Tibet, are still preserved.
THF has been invited to help restore the site by the local monastic community (6 monks). The site consists of three larger caves (A1, A2 and B) and two smaller niches with rock-carvings, and two separate monastic buildings (C and D). The caves have old wallpaintings, the age of which could not yet been ascertained because they are so black with soot.
The paintings were protected by roofed wooden rooms attached to the front sides of the caves. These have mostly collapsed or are seriously leaking (A and B). The two monastic rooms C and D have also collapsed.
This is one of the most scenic of all our project settings, in the middle of the Kambula National Park in Qinghai. 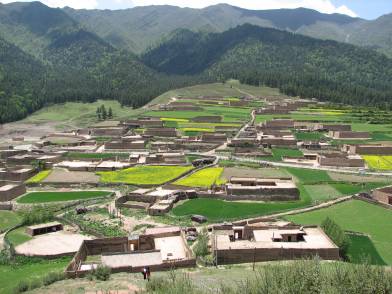 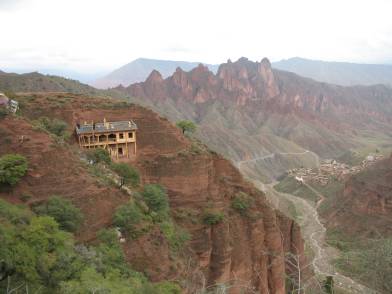 Achung Namdzong is spectacularly located on one of the area's steep hills, which meant that the Tibetan artisans working on the restoration every morning had to climb up the hill for 30 minutes. The image shows the condition of the site nearing completion in autumn 2006. 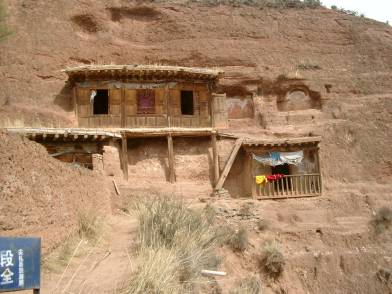 Condition of the site before intervention, 2005. 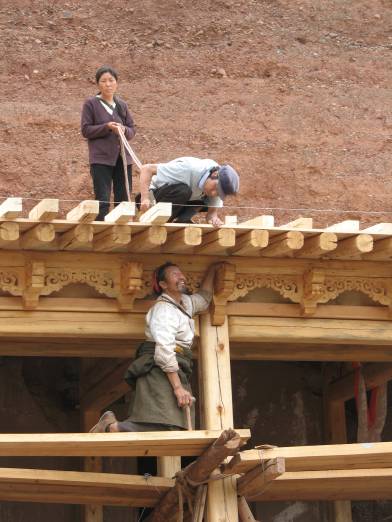 The local Tibetan work team build a new access gallery in the local Amdo style, a blend of Tibetan and Chinese architectural traditions. The new gallery links all four meditation caves and provides sheltered space for the monks. 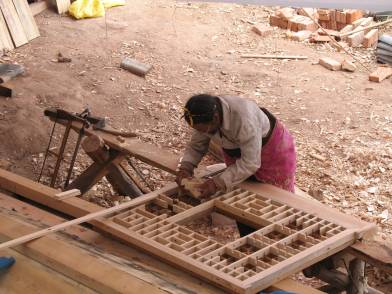 Master Choechok skillfully recreated tracery windows based on designs we found on the site. The old gallery fell apart as a result of the events of the 1960s, and was only partly rebuilt by local efforts in the 1980s. 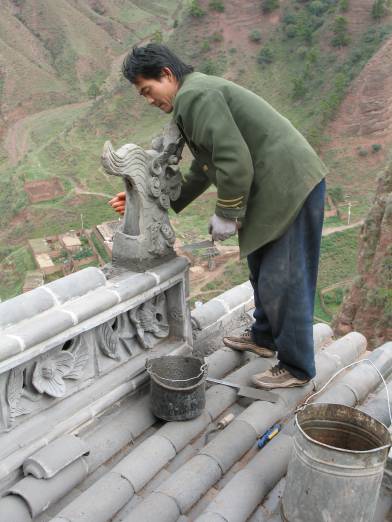 The gallery is sheltered by a Chinese-style tiled roof. The famous "blue" tiles were made in Qinghai, and the roof was built by the local Tibetan team. 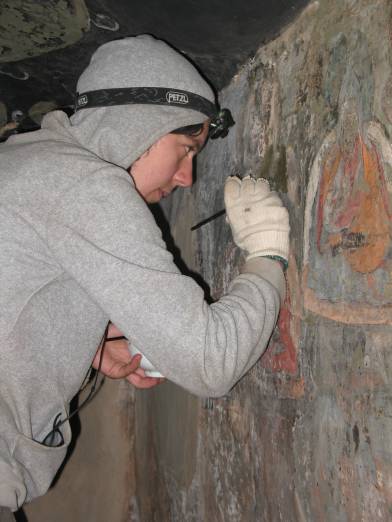 German restoration student Sarah Nägl assists restorer Christine Jürgens with the cleaning of the soot-blackened murals inside the caves. This was done in one cave after a series of tests had been carried out. The soot appeared as a result of the Cultural Revolution, during which the caves were used as residences, with cooking fires regularly lit inside. The murals were previously damaged, so that only fragments that have not all been identified are preserved.
Help in identifying the iconography of the paintings is appreciated, please contact THF. 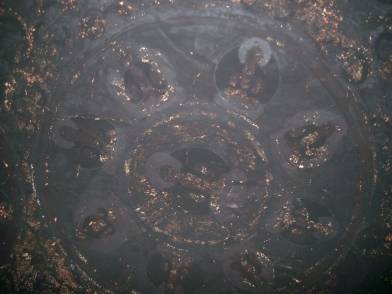 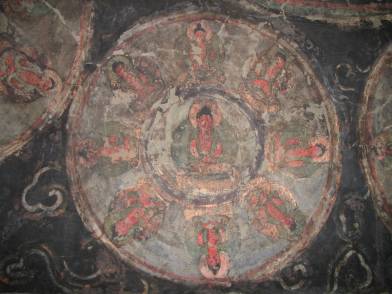 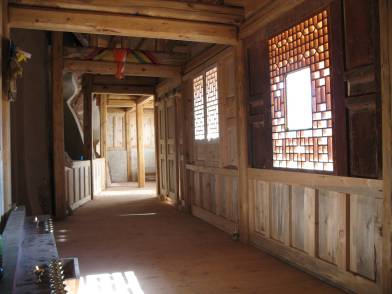 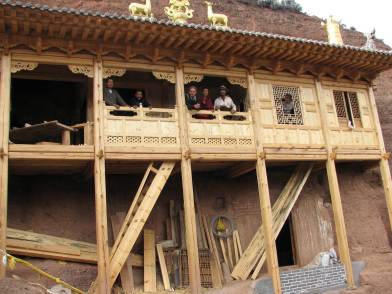 Front elevation of the nearly-completed access gallery, designed by Yutaka Hirako based on remains of the 1980s gallery and requests by the local monks. 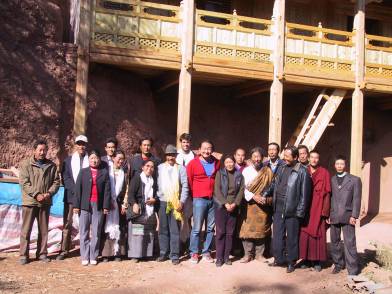 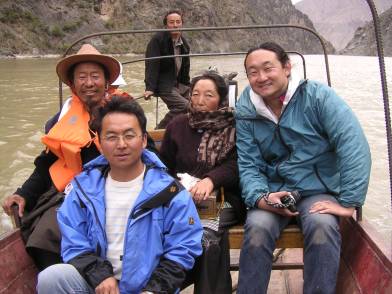 The THF Achung Project management team on their way to the site, taking a most unlikely form of transportation to reach a cave temple - a boat across an artificial lake created by a dam project.
From left: carpenter master Choechok, Lundup Dorje, logistics manager Tseyang and project manager and designer Yutaka Hirako.