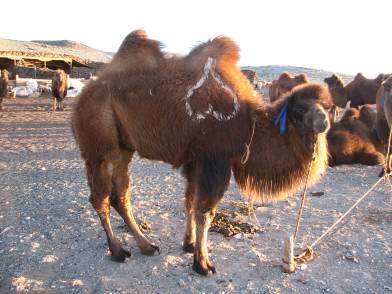 Cultural exchange, particularly concerning art and architecture, between Central Asia, China and Mongolia are very old, probably dating back to the 1st century AD. In the 13th century, the descendents of Chinggis Khan completed their conquest of China. Ruling as the Yuan dynasty, the Mongols became further exposed to Chinese architecture, building skills and decorative traditions. In 1256 Khubilai Khan founded Kaiping fu (Yuan Shangdu) as capital of his Yuan dynasty, and moved the Khara Khorum court to here in 1260. In 1267, Khubilai Khan began to construct a new capital called Dadu, on the location of present-day Beijing.

During the same period, the Mongolian rulers also began to embrace Tibetan Buddhism.

Tibetans to this day view it as accomplishment of their religion and culture to have pacified the Mongols through their conversion to Buddhism. 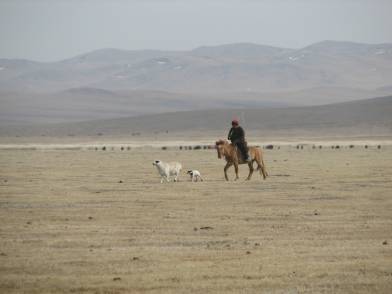 In 2002, THF's old Mongolian friend Jagdag, expert in Mongolian divination, invited us to Mongolia for the celebrations of the 60th anniversary of the founding of the Mongolian People's Republic. In cooperation with a member of Mongolian parliament, a Mongolian NGO and a German donor agency, the visiting THF team not only drank record amounts of Airag, but also made a tour of important historic sites of Mongolia. THF accepted an invitation to work on the Sangiin Dalai Restoration Project, managed by Pimpim de Azevedo. In 2006 THF published a Manual of Traditional Mongolian Architecture.
THF was consultant to UNESCO for the Project: Cultural Survival and Revival in the Buddhist Sangha - Documentation, Education and Training to Revitalize Traditional Decorative Arts and Building Crafts in the Buddhist Temples of Asia, Mongolia Program Chapter.