THF starts restoration of Gangtok Tsuklakhang in Sikkim
Posted by Andre on 03 Apr 2011 at 6:20 AM 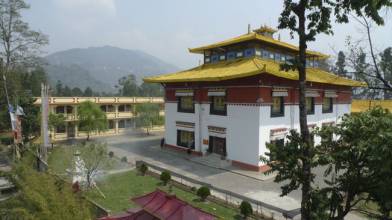 THF starts restoration of Gangtok Tsuklakhang in Sikkim. On March 21, under patronage of Her Highness, Princess Hope Leezum Namgyal of Sikkim and in cooperation with the Tsuklakhang Trust, THF began to work in Sikkim on the conservation of the wall-paintings of Gangtok's Tsuklakhang temple.
The Tsuklakhang dates to the 1920s, replacing an earlier royal palace. It was designed by Taring Rinpoche and the painters were sent from Shigatse and Gyantse. Today, the temple serves as the central Buddhist temple for the city of Gangtok, where people come for daily circumambulations. 90 monks are currently educated here. Since the merger with India, the temple is looked after by the Tsuklakhang trust.
On invitation of princess Hope Leezum, a THF made a first exploratory visit in November 2010. Currently, a team consisting of conservator Anca Nicolaescu and three conservation trainees from Ladakh, Yangchen, Tsering Chorol and Skarma, and THF co-director Andre Alexander have begun to conserve the paintings. They need consolidation and cleaning. The project is receiving great attention in Sikkim, see also the first local media reports. 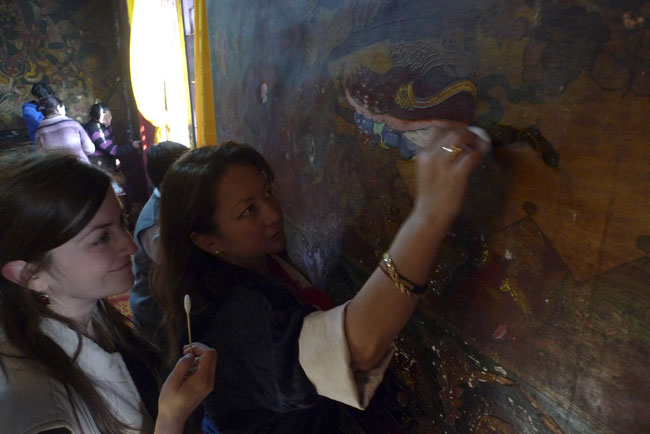 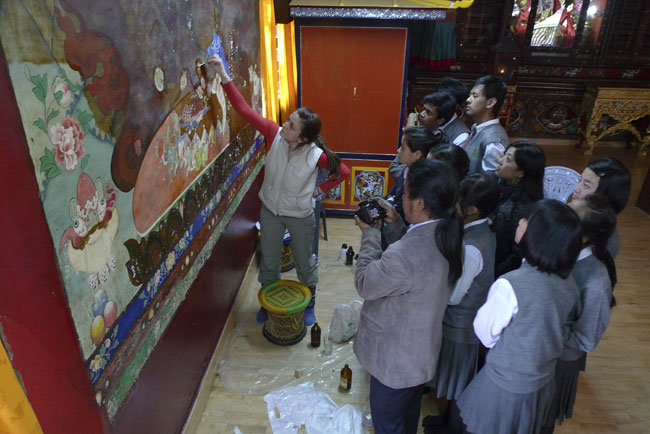 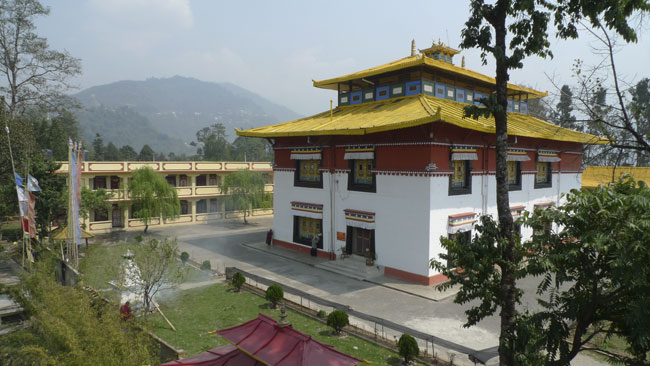