THF in the media 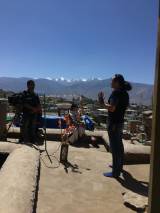 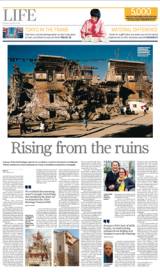 Article in the South China Morning Post on 19th December 2018
On December the 19th, 2018 one article featuring the work and efforts of Tibet Heritage Fund to preserve Tibetan traditional architecture was published in the South China Morning Post paper with the tittle ‘Rising from the ruins – A group of devoted heritage experts are on mission to restore and preserve traditional architecture, from landmarks in Lhasa to Buddhist monasteries in Mongolia’ by Enid Tsui. The article is available also online:
https://www.scmp.com/lifestyle/arts-culture/article/2178448/group-saving-tibetan-traditional-architecture-destruction-and.

Japanese ABC Asahi TV filmed Yutaka Hirako 世界の村で発見！こんなところに日本人
In 2017, THF’s Yutaka Hirako was feature on the Japanese ABC Asahi Broadcasting Television programme ‘ Discovered in Villages in the World!’, a TV documentaries about Japanese living in different corners of the world and their lives, motivation and dreams. The Japanese actress Tomomi Nishimura (西村知美) together with the filming crew come over land from Delhi, India to meet with Yutaka in Ladakh and visit THF/LOTI projects. The documentary was broadcasted in all Japan on 12th September 2017. https://www.asahi.co.jp/konnatokoroni/backnumber/20170919/index.html 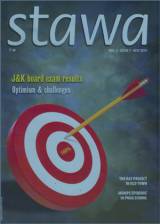 Article in the Asahi Weekly, Japan
‘Ladakh, India チベット文化『最後の秘境』を守る人びと‘ (The people who preserve the spectacular Tibetan culture in Ladakh) was published in the Japanese newspaper Asahi Weekly on 1st February 2015. A British writer, photographer and illustrator Mr. Oliver Raw wrote the article based on his visit to Leh. Oliver interviewed Yutaka Hirako and visited THF’s project sites in the old town of Leh.

Rei Takahashi, a former volunteer for Tibet Heritage Fund, published an article about her work experience in THF in the Japan Conservation Project, JCP, news letter no.24, September 2011.
http://www.jcpnpo.org/library/pdf/No.24.pdf

An article about THF and the Leh Old Town Initiative restoration work in Leh old town by Amar Grover ‘Old Leh, new clothes’, was published in January 2011, in www.geographical.co.uk.
You can see the article here.
https://reader.exacteditions.com/issues/8037/spread/57 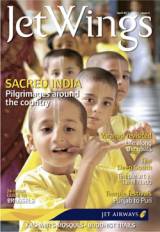 JetWings, the Jet Airways inflight magazine, reports about THF's work in Leh in the April 2011 edition:
..."it's a passion for preservation that has seen the restoration of the oldest mosque in Leh to near-original shape. Once in a dilapidated condition, the Masjid Sharif, known as Tsas Soma or New Garden Mosque, has been painstakingly restored by the Tibet Heritage Fund. It's replete with Ladakhi elements as pillars, paper lamps, roof waterproofing with markalag or butter-mud [clay] wooden floors, etc." 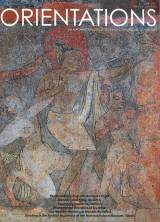 HK-based Orientations Magazine reported about the Vienna Cultural Heritage Preservation Workshop, where THF contributed a paper, in the June 2011 issue. 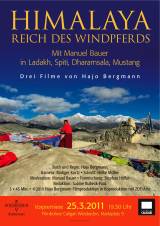 Article about THF in Ladakh in DiePresse.com on April 9 2011.

On 31 March, two Sikkimese dailies, Sikkim Now! and Sikkim Express reported about the start of THF's conservation project of the Gangtok Tsuklakhang, read the articles in Now (page 1

THF featured in the January issue of Geographical, the official magazine of the National Geographical Society (UK) in a beautiful article by writer/photographer Amar Grover.

THF's Andre Alexander is mentioned in Bhutan's national newspaper, Kuensel (though slightly misquoted...the Jokhang is not "inside the Potola").

Rangyul, the newspaper with the largest circulation in Ladakh, reported about a new exhibition at Lala's Gallery operated by THF in Leh. Click here to download the article

In 2010, the respected Nepal-based magazine Himalcarried an article about THF in its January issue. 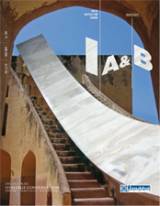 The May 2009 issue of the Mumbai-based Indian Architect & Builder magazine featured a 3-page article entitled Conserving Hillside Heritage, written by A. Alexander. 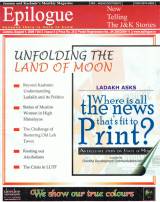 In August, the Vol.3 No.8 issue of the Jammu & Kashmir monthly news magazine, Epilogue, featured a two-page article about THF. Titled, The Challenge of Restoring the "Old Leh Town' - Living Testimony of Ladakh's Cultural Heritage, it was written by Zainab Akhtar under the first "Sanjay Ghose Ladakh Women Writer's Award 2008-09". 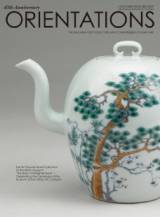 THF's Leh project is featured on the Buddhist Channel.

Issues 1, 5, 6 and 7 of the online magazine e-Conservation have articles about THF projects.
Copyright, Tibet Heritage Fund