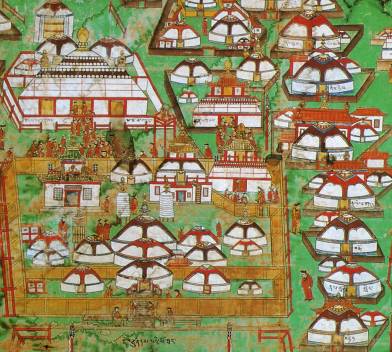 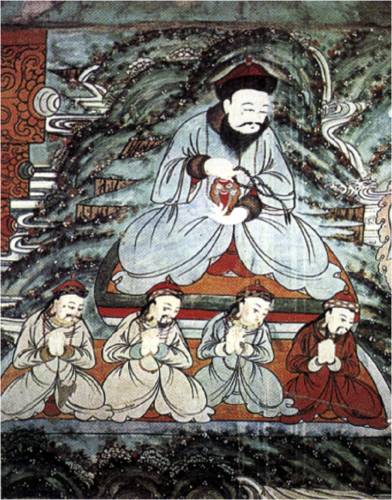 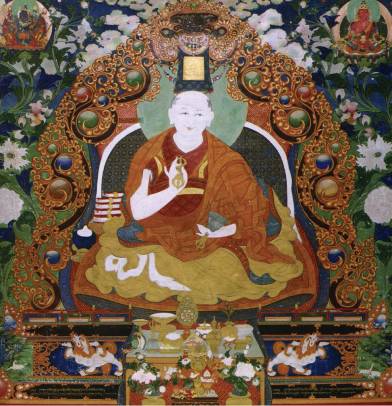 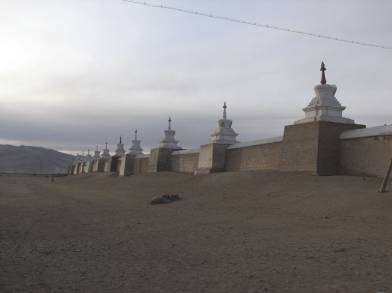 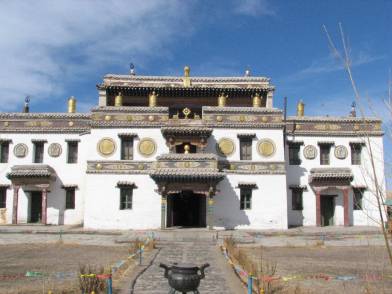 In 1247, Köden, brother of Güyük Khan, the military commander of Kokonur (presently known as Qinghai lake), became a patron of the Tibetan lama Sakya Pandita, head of the Sakya school of Tibetan Buddhism. In 1260 Khubilai Khan invited the head lama of the Sakya sect, Pagspa, to the capital. He received the title of ‘Imperial Preceptor’, and for the duration of the Yuan dynasty, the Sakya school received strong patronage from the Mongol court.

In Beijing, the Baita si (White Stupa) was built in 1271 by 80 Nepali artisans invited for the purpose by Khubilai Khan. The chief artisan-architect was Arniko from Nepal, who also had built the extant silver throne for the Jowo Rinpoche image in Lhasa's Jokhang.

In the late 16th century, the visit to Mongolia of the Third Dalai Lama triggered widespread diffusion of Buddhism in Mongolia.

In 1578, Altan Khan, prince of the Mongolian Tümed tribe, met with the Tibetan lama Sonam Gyatso, then an important spiritual master of the Gelugpa school, at Kokonur lake in present-day Qinghai province. During that meeting, Altan Khan bestowed the title of Dalai Lama on Sonam Gyatso.

This Dalai Lama, known as the Third of his lineage after posthumous application to two important predecessors, appointed a Tibetan monk as his representative in Khökh Khot (present Hohhot of Inner Mongolia), the capital of the area ruled by Altan Khan's clan. Altan Khan founded a number of temples and monasteries in Khökh Khot. Among the most important sites is Ikh zuu (Da Zhao), with a silver Buddha image given by the Third Dalai Lama as principal image, and Shireetü zuu (Xilitu Zhao), where the Fourth Dalai Lama began his religious studies. Khökh Khot became the first center of Buddhism on Mongolian soil.

The first monastery on the territory of the Mongolian Republic was built on the site of Chinggis Khan’s former capital of Karakorum. It belonged to the Sakya-pa school of Tibetan Buddhism. Known by the name of Erdene zuu, it was built in 1585-86 by Abatai Setsen Khan from the Khalkha tribe. Later the complex was greatly extended, and surrounded by massive walls and 108 stupa-s. Today Erdene zuu is a World Heritage Site. 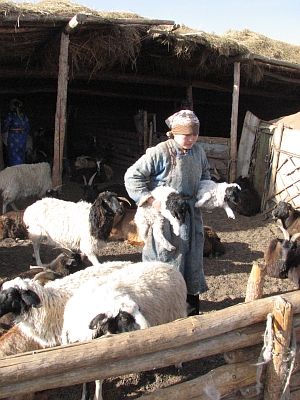