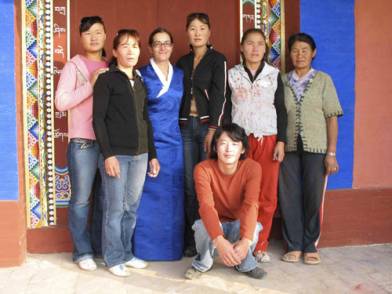 THF's Sangiin Dalai Monastery Restoration Project in Mongolia wins the Award of Excellence (the highest award given in 2009) in the 2009 UNESCO Asia-Pacific Heritage Awards. An Award of Excellence will be given to the project selected as representing the most excellent achievement in the restoration of an historic structure. The UNESCO selection committee wrote: 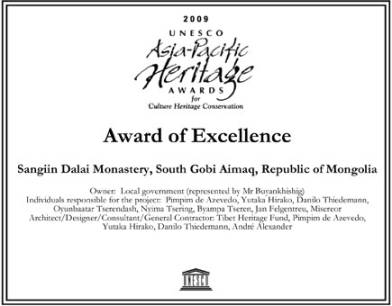 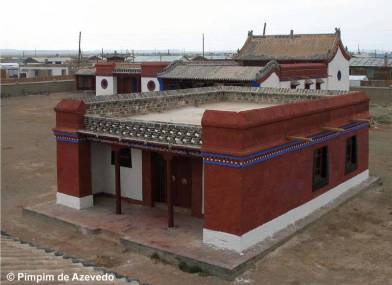 "The heroic restoration of the 18th-century Buddhist monastery has revived an important Mongolian cultural center in the south Gobi desert and rekindled a tradition of vernacular craftsmanship. Converted in the 1930s into an army camp and later abandoned, the monastery complex has been brought back to life by local people who, through this project, have reacquired long-lost skills in architecture and the manufacture of traditional construction materials. A small factory to produce bricks and tiles has been established on-site, providing jobs as well as materials needed for future restoration work here and at other derelict monasteries in the vicinity. Mentoring by Chinese master builders employed on the project has renewed historic cultural linkages, while the guidance of international experts has helped ensure that a rigorous methodology for documentation and conservation was followed. With the supervision of Buddhist monastic leaders, the project was undertaken with the support of the Mongolian authorities along with local and international charitable organizations. The newly-consecrated monastery stands as a compelling testament to the dedication and determination of the residents of Nomgon Sum in revitalizing their traditional cultural heritage."
This project was planned and managed by Pimpim de Azevedo, who lived four years on the remote site. For the training component, she was assisted by THF's China Qinghai program manager Yutaka Hirako and the Amdo local project manager Lundup Dorje who facilitated the coming of Chinese and Tibetan artisans to Mongolia.
For more information, see:
UNESCO website
Description of the project
Announcement of winners