THF celebrates completion of Sangiin Dalai monastery restoration project in Mongolia
Posted by Andre on 24 Oct 2007 at 11:38 AM 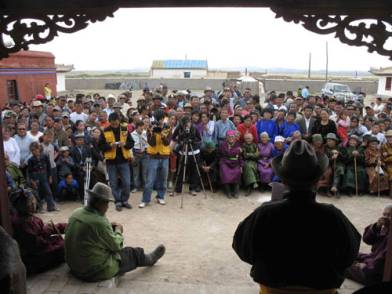 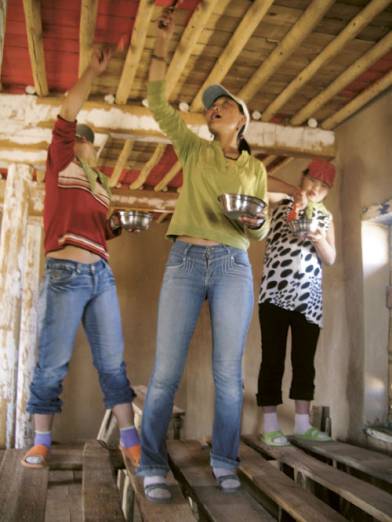 After four years of work, THF co-director Pimpim de Azevedo and Mongolian partners and supporters have celebrated the completion of the Sangiin Dalai restoration project on September 1 2007. Sangiin Dalai was founded in the 18th century along a major trade route between Mongolia and China. In the 1930s it was devastated and closed. In 2002 a THF team visited the site on invitation by government officials and local NGO, and agreed to undertake this project. Four years later, with the help of artisans from Tianjin, Lhasa and Amdo-Tibet, all six historic buildings have been restored and are ready for use by a new monastic community invited by the local town of Nomgun Sum. 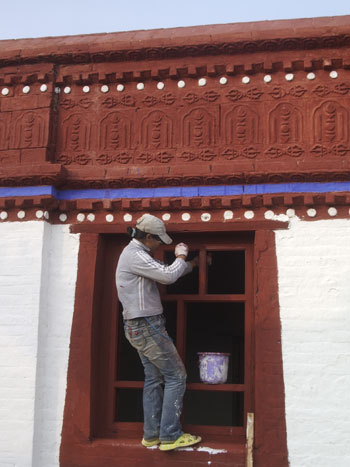 The celebration was attended by the governor of the South-Gobi region, the head lama of Ganden monastery in Ulan-Bator and many other guests, including THF China Program manager Yutaka Hirako who also helped with last-minute painting work. Thanks are also due to the main sponsor of the project, MISEREOR of Germany.
Soon there will be a detailed report about the completion of the project on our website. Pictures from top:
Pimpim's Mongolian team finishes the interior decoration, the restored monastery complex; last touches on the Tibetan-style windows; Pimpim receiving an award from the local governor; Choijin Lama, the highest-ranking Rinpoche of Mongolia, attended the celebration; the entire THF core team came for the completion; Pimpim's team. 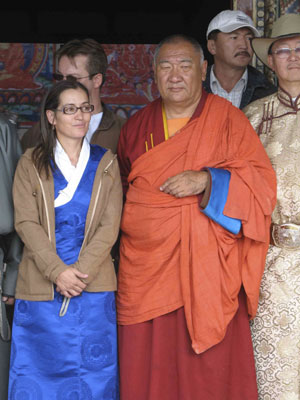 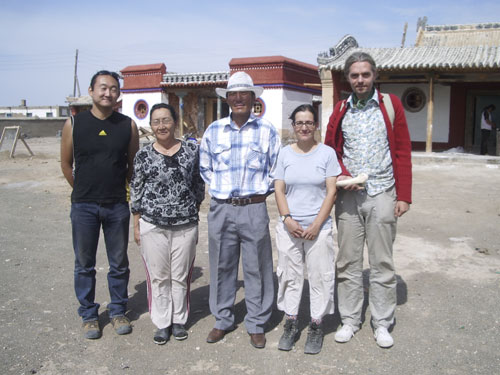 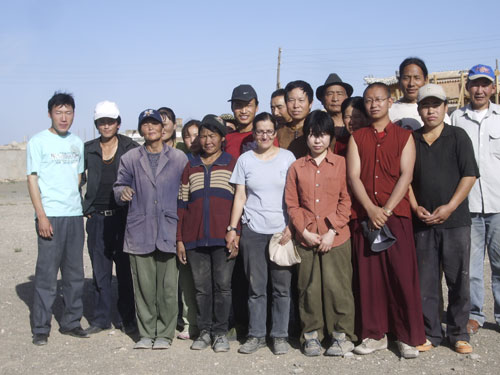