Royal Asiatic Society, Hong Kong -Conserving the Architectural Heritage of High Asia - 25 Years of the Tibet Heritage Fund
Posted by pimpim on 28 Jun 2021 at 11:01 AM 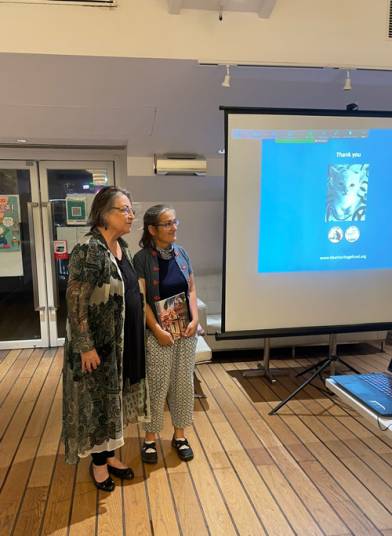 On June 10th Pimpim de Azevedo was invited to give a talk” Conserving the Architectural Heritage of High Asia - 25 Years of the Tibet Heritage Fund” at the Royal Asiatic Society of Hong Kong. In this talk, she walked the audience through THF’s conservation work in Asia specially in Tibet and Himalayas. This year THF celebrates 25 years. The audience was engaged and asked many questions.
“Alexander and Azevedo began documentation of residential areas of old Lhasa in the early 1990s, just as these began to be replaced by modern-style public housing. They founded an NGO Tibet Heritage Fund (THF) and launched their first restoration project in 1996, in cooperation with the Lhasa municipality. The work quickly expanded using a community-based conservation approach focused on the rehabilitation of traditional neighbourhoods, and the needs of residents, from sanitation to aesthetics.   Meanwhile they continued with documentation and research in these fields, inspiring others to follow in their footsteps. After 2000 they extended this approach to other regions of the plateau. Since then they have completed dozens of projects of benefit to residents, communities and visitors, providing extensive training in traditional crafts and conservation, creating jobs and heritage awareness.  This talk will take you through THF’s journey of 25 years to conserve Tibetan and Himalayan architecture, wall painting and crafts”.