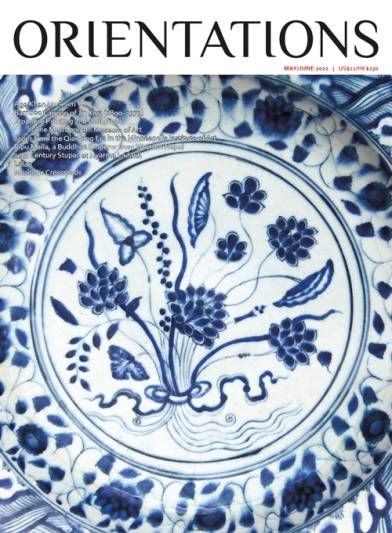 ’12th Century Stupas at Nyarma Ladakh’, an article by Roberto Vitali, Yutaka Hirako and Pimpim de Azevedo was published in ORIENTATIONS magazine May - June 2021. The article discusses three stupas on the site of Nyarma that are “specimens of a final adoption stage of the Kashmiri idiom with features that are slightly less canonical in terms of style.
A twofold value derives from all this. One is that Nyarma bears signs of religious activity some one and a half centuries after its foundation. The other is that a Buddhist monument— the three stupas—should be attributed to a period in Ladakh commonly believed to be devoid of signs of religious activity. The three stupas, so far as is known, are the last structures of this phase in Ladakh.
The main point of these few words is to call on individuals or organizations, if they care for an episode of utmost importance in the history of Ladakh, marked by the beginnings of Tibetan Buddhism in the region, to preserve the little that is left of Nyarma. Or else, nothing will remain of this crucially important temple complex but a few extant bare, broken walls. It is understandable that priority should be given to temple complexes such as Mangyu, whose murals are beginning to crumble— but one monument’s preservation should not engender another’s loss. (see article)