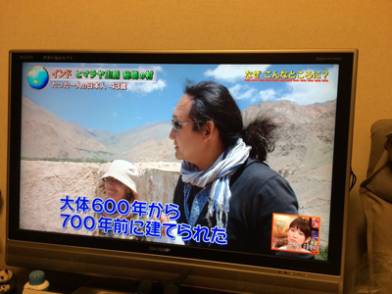 In 2017, THF’s Yutaka Hirako was feature on the Japanese ABC Asahi Broadcasting Television programme ‘ Discovered in Villages in the World!’, a TV documentaries about Japanese living in different corners of the world and their lives, motivation and dreams. The Japanese actress Tomomi Nishimura (西村知美) together with the filming crew come over land from Delhi, India to meet with Yutaka in Ladakh and visit THF/LOTI projects. The documentary was broadcasted in all Japan on 12th September 2017.
https://www.asahi.co.jp/konnatokoroni/backnumber/20170919/index.html