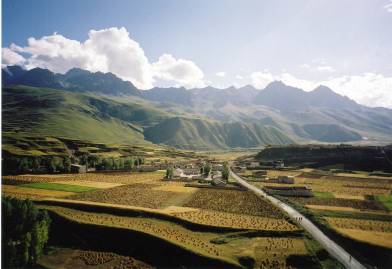 Sichuan is China’s most populated province. Its western half contains the eastern edge of the Tibetan plateau, home to a substantial part of the Tibetan cultural region of Kham. In 2001, on the invitation of a member of the Sichuan People’s Political Consultative Committee, THF started to work in Tibetan areas of Sichuan province.

Kham has some of Tibet's wildest and most breath-taking landscapes. The region is also traditionally known as the land of four rivers (the Yangtse, Mekong, Salween and Brahmaputra rivers all originate in Tibet) and six mountain ranges. Kham is characterized by narrow gorges and lush green valleys. In the imagination of many, the Kham region is also associated with proud fighters and beautiful women with elaborate traditional dresses. 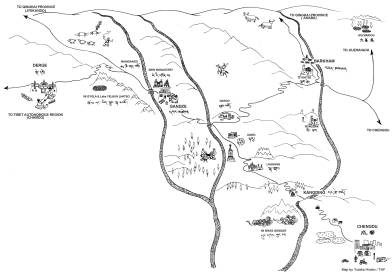 Over the past 100 years there have been several attempts by Chinese authorities to create a single homeland-province for the Kham people under the name of Si-khang. The idea first came up during the final years of the Qing dynasty when Sichuan warlords attempted to pacify Kham. The idea appeared more remote during during the Republican period, when the border of the area under control of Lhasa shifted back and forth, but was considered a serious option during the early years of the People's Republic. Today, the cultural region of Kham stretches between Sichuan province (approximately the western half of Sichuan, which includes Kardze, Litang, Batang, Dege and other important traditional regions); a section of Qinghai province (Yushu Prefecture), a slither in Yunnan province (Dechen and Gyalthang, now officially known as Shangri-la) and the eastern-most part of the TAR, known as Chamdo Prefecture. The latter provincial border corresponds roughly to the boundary between Lhasa- and Sichuan-ruled territories during China's Republican period (1911-1949). 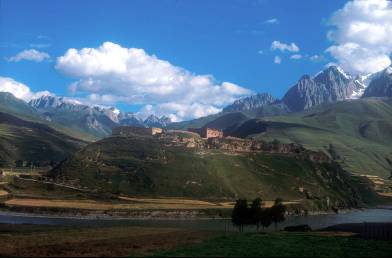 The traditional architecture of Kham is characterized by its multi-faceted regional diversity, including the stone houses of Gyalrong, the stone towers of Denba, and the timber buildings of Kardze. Generally speaking, Kham builders incorporate more wood into their work. Khampa-s are renown carpenters, painters and metal workers, and some of the largest Tibetan monasteries, with some of the biggest monastic populations, are in Sichuan.