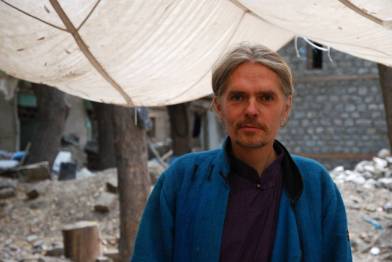 On January 21st, 2012, André Alexander suddenly passed away in Berlin, his hometown. It was a big shock for all of his friends and family. The 17th of January was his 47th birthday, and he was celebrating it that Saturday with a party at a friend’s home. In addition to his many projects with Tibet Heritage Fund, he had just completed his PhD at the Technische Universität Berlin, where he had also started to work as a lecturer. In 2011, he completed the impressive main building of the Central Asian Museum in Leh and held a pre-opening ceremony.

André lived life to the fullest. He was the pioneer of the community-based conservation approach in Tibet and Inner Asia, as well as a pioneer of Tibetan Architectural studies.

And on The Telegraph, 24 February 2012
https://www.telegraph.co.uk/news/obituaries/culture-obituaries/9104921/Andre-Alexander.html
[back]
Copyright, Tibet Heritage Fund