Many years ago, the Kawoo family abandoned their house in the old town, which was dilapidated and unsafe, and they moved to another location. The house is located in Chutey-rantak street, (also known as the Bakery street), behind the water reservoir and opposite of the Central Asia Museum in Leh. The ground floor of the house survived the time but the second floor was badly damaged. The house owner wanted to repair it and turn it into a café and handicraft house. In 2011, the ground floor was repaired, and the heavy damage to the walls corrected while an external stone stairs was built to access the first floor.

The first floor was reconstructed, along with a new roof terrace. The rooms on the first floor were rearranged for commercial functions, including the use of the ground floor as a kitchen and the first floor as a restaurant. A single large room fronted with glazed windows has given the building a new appearance. The interior of the room was paved with slate stone and a wooden stairs connects it to the ground floor. A second stairs connects the restaurant to the roof and toilets. In 2012, the new roof terrace was constructed and the interior work was finalized. We also made an interior design proposal to the owner for a café and handicrafts house.

This is a successful case of adaptive reuse of a traditional building in the old town of Leh, and the intervention and usage fits with the Central Asian Museum buildings and the Chutey-rantak surroundings, preserving the atmosphere of the old town.

A few years later, the Kawoo house owner rented the space to Alchi Kitchen restaurant, and it became a famous place in Leh Old town. The new restaurant owner, inspired by the concept of THF’s Yutaka Hirako for the Ladakh Kitchen Museum, opened the restaurant with traditional Ladakhi dishes, she also organizes workshops in cooking traditional food and promoting Ladakhi food heritage.

We want to thanks Liechtensteinscher Entwicklungs Dienst (L.E.D), BMZ, ACHR/ACCA for co-financing this project. 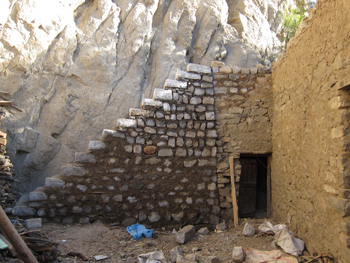 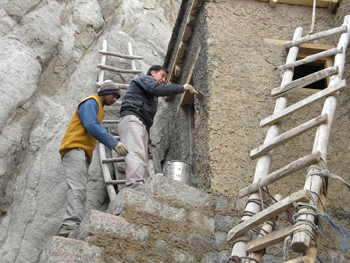 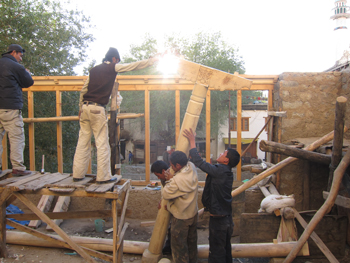 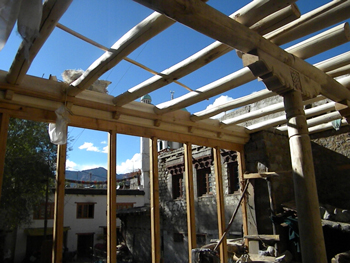 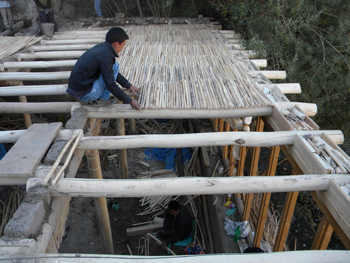 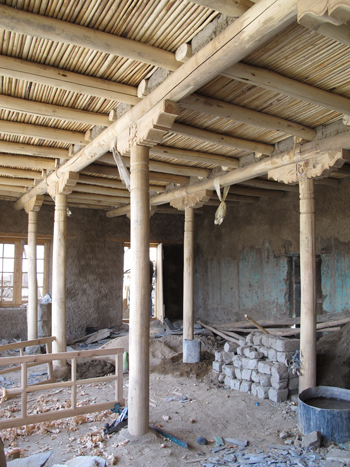 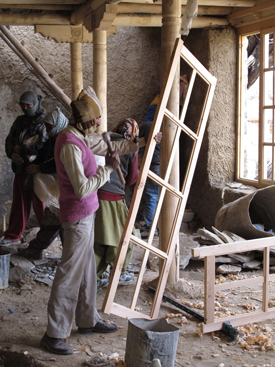