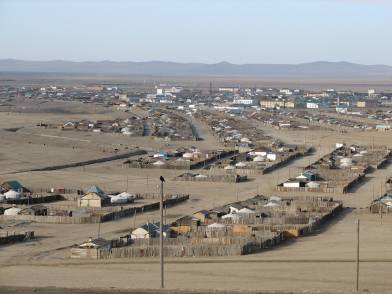 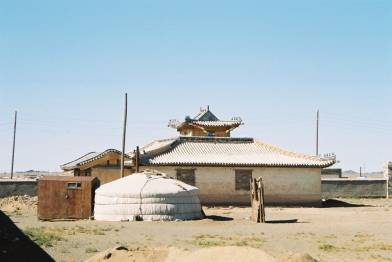 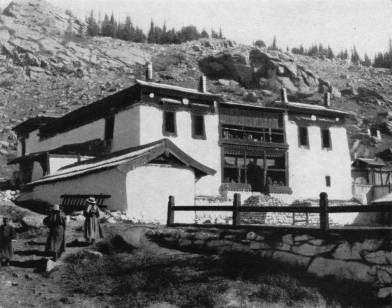 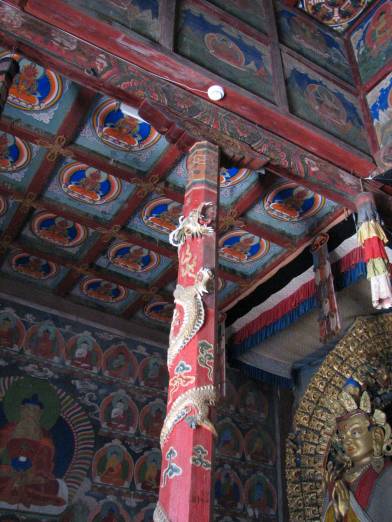 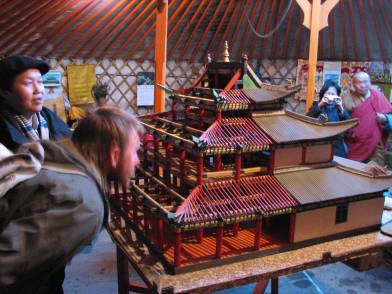 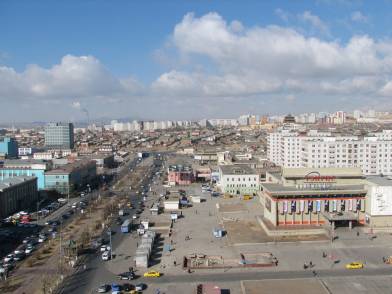 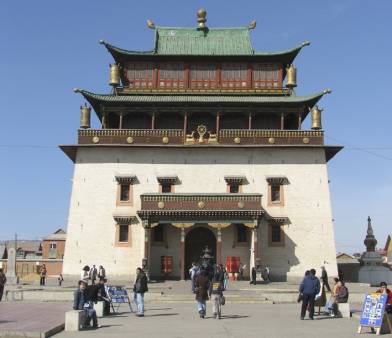 Bricks were historically widely used as construction material in Mongolia. Mainly two different kinds can be identified: sun-dried mud bricks, and grey baked bricks known as 'blue bricks'. Fired bricks are also used for decorative purposes. The Sangiin Dalai monastery has a unique feature of blue bricks decorated with the soyombo design. Sun-dried bricks can be easily produced everywhere, but a supply of fired bricks will be necessary for almost any restoration work in Mongolia.

An old ruined kiln was found 70km from Sangiin Dalai, where blue bricks and tiles for the original construction were perhaps produced locally. Because of the scarcity of high quality clays and the high quality of the tiles at Sangiin Dalai, it is possible that some of the more elaborate dragon tiles were brought from elsewhere.

Good quality natural stone (usually granite or slate) is not available in many parts of Mongolia. Where it is available, it is used for walls, foundations, pillar bases and paving. During our survey of Mongolian monasteries, we only visited one partly preserved stone wall building (Baltan Bairavan monastery). According to historic photographs, there have been many more stone buildings in the past.

These are a main feature of traditional Chinese architecture, sometimes also used for the decoration of Tibetan- or Mongolian-style buildings. There are many form variations and also many different types of tiles occurring within one single roof. It appears that glazed tiles and bricks were usually imported from China.

Necessary for interior structural work regardless of style, also used for decorative parts, and windows, doors, etc. Pinewood is mainly used, probably Taiga forest from the northern parts of Mongolia. Large monasteries grew forests on their territory for their own construction and restorations.

Paintings with such natural pigments will preserve the rich original colour for a very long time. Today chemical colours, mainly imported from China, are much more popularly used because of their markedly lower costs, but they do not last as long as mineral colours in their appearance. In Mongolia, many sources for the manufacture of mineral pigments are available. During our stay in the Gobi region, we could easily collect sources for the colours yellow, red, green and white.